So it’s January 5th.Â  How are you doing on your resolutions?Â  Probably pretty shitty. That’s why I don’t make ’em. Seriously, if I wanted to set up unrealistic goals for myself only to be disappointed, I’d still live with my parents.Â  Instead of resolutions, I like to make mini-goals for myself. They are more manageable, which is a fancier word for easier.Thus when you complete them, you can reward yourself with a meal at McDonalds.

Spend Less Money
This is a little easier said than done. My strategy is to invest my money in things like Netflix, my Ninendo Wii and something called books.Â  If I occupy my time with things I’ve previously spent money on, that should limit my need to go out and spend on something that rhymes with a double pie and poke. Speaking of books, anyone got any recommendations? 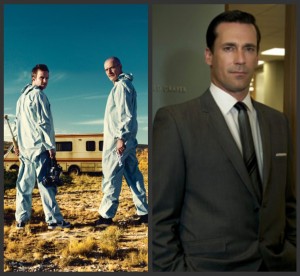 Finally watch Breaking Bad or Mad Men.
This is mostly because I’m sick of people rolling their eyes at me when I tell them that I’ve never seen either show. I never watched The Sopranos either and that show did just find without me. Jeez.

Watch as much “It’s Always Sunny in Philadelphia” as possible.
You’ve probably never heard of this show, which is too bad because it’s the best comedy that you’re not watching.Â  It’s rude, crass and hilarious.Â  I have no idea why no Canadian network has ever carried it but we are definitely missing out.Â  Just after Christmas, the Future Shop marked all five seasons down to only $10 each.Â  Which is obviously an insane price.Â  So far I’ve already devoured the first two seasons and plan on doing nothing else until the other three are one too. I know it’s a few weeks away but I already know that these DVDs will make the perfect Valentine’s Day date. 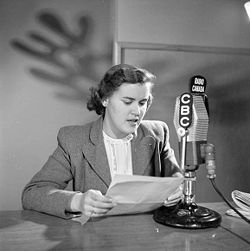 Listen to the CBC more at all.
Let’s all be honest here for a second. We all talk about how cool CBC Radio One is but how many of us actually listen to it? Just admit that we think it makes us sound cooler if we randomly make mention of The Q or something we heard during the morning show on the way to work.Â  But really?Â  No one really listens.Â  My goal is to listen to at least one hour of CBC a week. 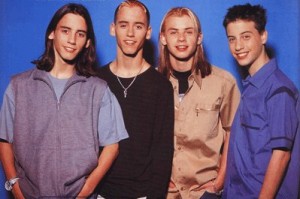 Hug a Moffatt.
I’ve always wanted to just give one of them a hug and I really feel like 2011 will be my year.