My afternoon with Sesame Street’s Telly.

I recently got to do something that I can definitely say was one of the most fun things in my career. I got to host and moderate a conference for and about puppets.

Yes, you read that right.

The conference was called Puppet Power and it was a weekend filled with discussion about how puppets can be used beyond performance.Â  The weekend featured hands-on workshops, peer mentoring and panel discussions. During part of the conference, I moderated a panel discussion about how puppets can be used to work with the clients of non-profits, like the Schizophrenia Society of Alberta.Â  It was beyond fascinating to spend time chatting with these organizations and developing plans and programs on how puppets can benefit these groups.Â  At least for me, it’s a brand new way of thinking. 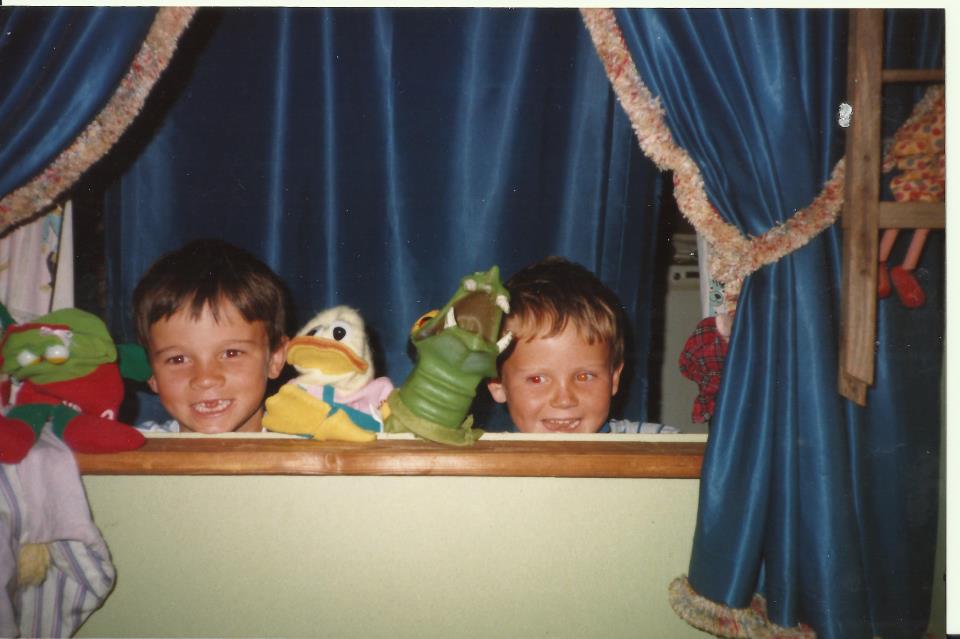 I actually have a long and storied history with puppets. My granny, yes the same granny that was on George Stroumboulopoulos, used to be a puppeteer.Â Â  In 1962 she traveled to Warsaw and performed in International Puppet and Marionette festival.

When I was a little kid, my family and I would spend weekends at her farm house in Ontario. In the basement, she had set up a small stage for puppets and I would literally spend hours and hours down there playing with the puppets and coming up with a small show, that we’d perform after Sunday night supper. It’s one of my earliest memories story telling and to this day, I can still remember how the puppets felt and what sounds they made. The above picture is of me and my brother. I’m on the right, I must have been about five or six.

For me, the highlight of Pupper Power was definitely meeting Martin Robinson, the master puppeteer who’s worked at Sesame Street since 1984.Â  Over his career, he has performed the characters of Telly Monster, Mrs. Grouch (Oscar’s mother), Slimey the Worm and Mr. Snuffleupagus. On this particular afternoon, he was joined by Telly and it’s an afternoon that I’ll never forget. 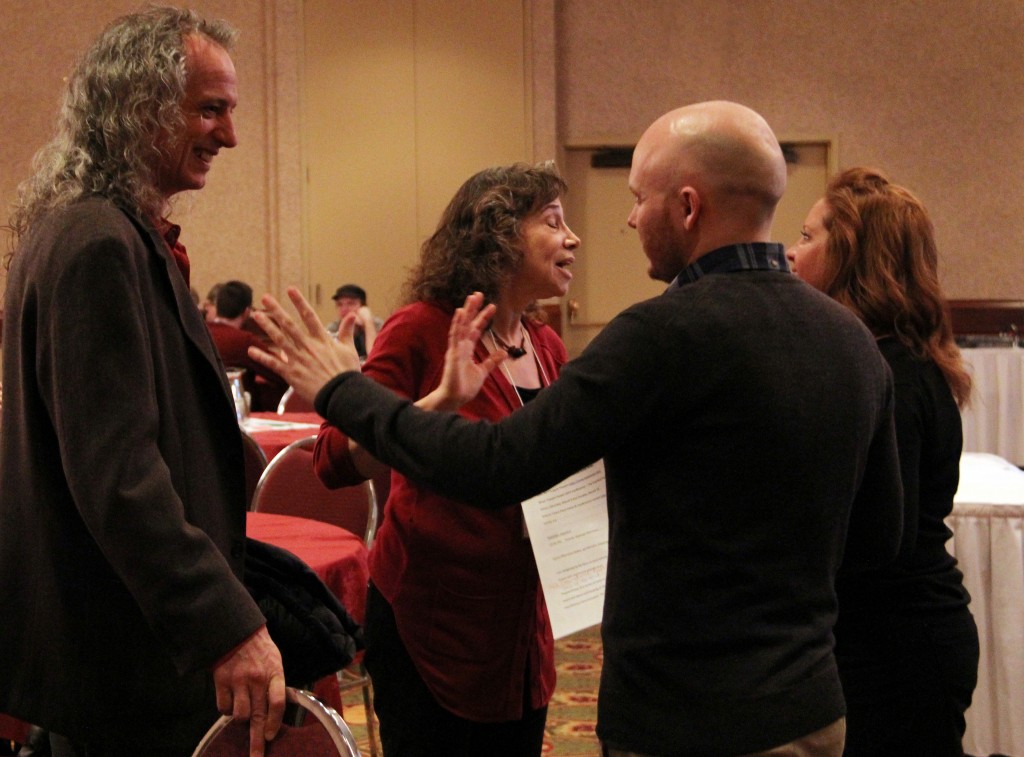 Any time I’ve seen a celebrity chat with a Muppet, my heart would literally be set a flutter. It’s always seemed like the coolest thing ever imaginable.Â  So on this fateful afternoon at Puppet Power, when Robinson introduced me to Telly, I honestly barely could contain myself.Â  I mean, I’ve met some cool people in my day, but to meet one of Jim Henson‘s creations in real life?Â  I could have never predicted the effect it had on me. I was like a little kid. Telly was so soft and friendly. And even though I could clearly see that he was being handled by Martin, it didn’t matter. For those few minutes, I was a complete child, wrapped up in a conversation that I think was barely comprehensible.

Which, when I really think about it, is sort of the point of Puppet Power.Â  I mean, I’ve always believed in the magic of puppets, but I don’t think I ever felt the power of one.Â  The imagination is an amazing thing, every now and then, it helps to be reminded of that.