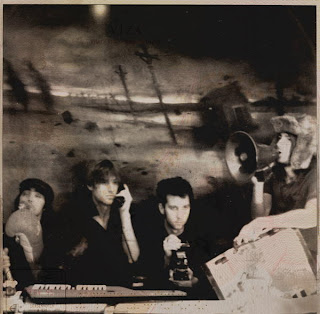 Tonight I am going to the Patrick Watson concert and I couldn’t be more excited. Â I’ll be honest, four weeks ago, I had never heard of Watson but since then I have realized that I have been missing out. Â And since a Miley Cyrus song is currently sitting on my Top 50 most played, I needed to let you know about Watson, so the same thing doesn’t happen to you!

You may have heard of Patrick Watson because back in 2007, when his CD Close to Paradise won the Polaris Music Prize. Â Again, I’ll admit, I had no idea what that was either. Â Turns out, it’s the most important music prize this fine nation has to offer.
Patrick Watson is actually a band that is headed up by it’s namesake. Â Their music can be described as a blend of cabaret pop and classical music influences with indie rock. Â Whatever the hell that means.
Patrick Watson plays tonight at The Grand in Calgary (tickets here) and is touring across Canada. Â So delete Miley from your Itunes* and check out some amazing Canadian Music.
Click here to listen to some songs, my favorite is The Great Escape.
*or just tell people you did.
Oh and don’t forget to BUY canadian music.