Music: The other Michael 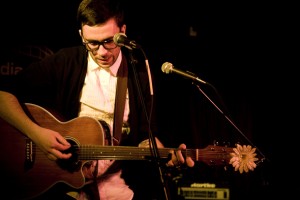 Michael Bernard Fitzgerald is one of my favourite musicians that you’ve probably next heard of, but in the past year or so he’s really made a name for himself here in Calgary.  He’s our own little Justin Bieber.  I don’t mean that badly, I mean that in the sense that the tweens love the guy and you actually can’t blame them.

He’s amassed a huge following by writing catchy songs with appealing and relatively low-cost videos.  He’s our greatest example of using social media to become an important and successful musician.  The music industry could learn a few tips from him!

His last video was Movie Life and it was essentially a love letter to Calgary.  Now Michael is on the verge of releasing his new video Valerie, but he’s waiting until he reaches 1000 followers on Twitter.  Curse you people who haven’t signed up for Twitter yet!

So this is basically my plea for you to start following MBF on Twitter, I can’t wait much longer for a new video….I mean…those tweens, they can’t wait.  Yeah, those tweens for sure.

If you want to help those tweens out, you can follow Michael at ILOVEMBF. Yeah, he’s pretty humble….

He did it!  He reached a 1000 followers and released the video.  Check it out below, you are going to want to grab a tissue or an entire box.