Muchmusic is looking for you! 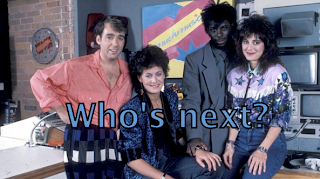 MuchMusic is hiring ANOTHER VJ!

Hopefully it is not to replace the station’s newest VJ Liz Trinnear, because I sorta think she’s doing awesome. If I had to guess, Sarah and Devon have both been there since 2004, so it wouldn’t be shocking if either of them were getting ready to go.
This Saturday, the nation’s music station is holding Open Auditions at their head-quarters in Toronto. If you are over 18-years old and love music, pop culture and think Justin Bieber looks like a lesbian, than you should totally audition. Okay, I added the last one.
Audition Details:
Saturday, April 10th
10 a.m. and 4 p.m.
299 Queen St. West
Me? I’m still waiting for MTV. Since launching four years ago, MTV Canada has only brought on one new personality. Surely they are going to be looking soon, right? RIGHT?!?
mtv canada