Much makes a big Discovery! 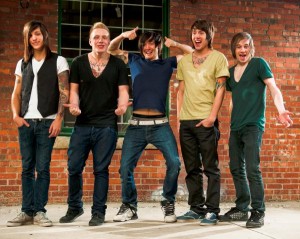 Muchmusic made a big announcement today about a new show called Discovered. The documentary-style showÂ  used to be called Disband, but now it has a much more positive feel to it and features all the of different bands in every episode.

One of the reasons that I’m really excited is that when the Much crew came to town to film with For The Weekend, I actually taped a fantastic segment with the band and hopefully, if the producers thought it was awesome too, it will make it to air! So please keep your fingers crossed.

Discovered doesn’t have an air date yet, but stay tuned, you know I’ll keep you updated. (I’ll never let you miss a chance at watching me on TV.)