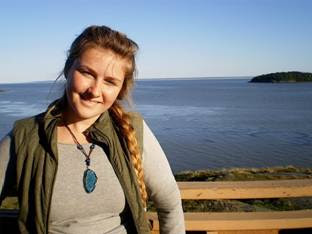 Look we all know that sometimes MTV plays some real crap. Yeah, I’m talking to you Jersey Shores. But what you probably don’t know, is that MTV Canada often goes out of its way to bring Canadians some really cool and important stories.
That’s why I’m really excited for there new show called Impact. It is a series of specials that tackle urgent and newsworthy problems in a powerful and direct style. Usually things that are confrontation make me squierm in my seat, but I can tell this is going to be good!
And tonight’s is one near and dear to my heart, IMPACT: EMILY HUNTER INVESTIGATES THE ALBERTA TAR SANDS is the first installment of the series. Since I’m living in Alberta and quiet often hear both sides of the tar-sands story, I’m excited and intigued to watch the show. In this half-hour special, the MTV cameras follow environmental activist Emily Hunterâ€™s personal journey to the tar sands in Alberta. Itâ€™s the size of the state of Florida and generates a billion dollars in cash for Alberta. Workers come from across the country to make six figures and live the life, but whatâ€™s really going on in the Alberta tar sands?
In what is sure to be more awkward than a Morrison family dinner, Emily confronts the biggest threat to climate change in Canada, while wrestling with her own conflict; pursuing journalism versus activism.
Of course, since Emily’s dad co-founded Green Peace, you can expect some sort of bias, but it will still be interesting for the rest of Canada to watch, since they might not know the severity of this issue!
Everything else is pretty much a repeat, so make sure you watch Impact tonight!
Side note: Was that my first serious blog post? Wow. (pats self on back!)
mtv canada