Well here we are, Day 7 of Movember. I thought it might be time for a little bit of an update. 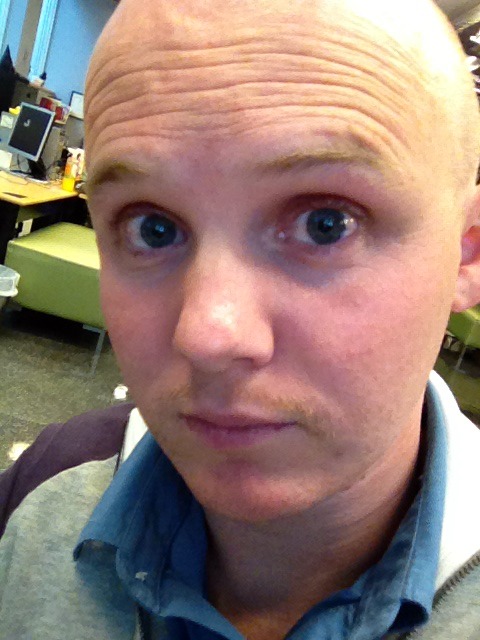 My Face:
First, let’s start with my face.Â  To be honest, nothing is really happening.Â  Most people can’t even tell that I’m trying to grow a moustache.Â  Seven days in and I feel like that kid in elementary school, whose parents were too intimidated to talk to their kid about shaving, so they let him keep a weird looking moustache. Luckily, financially I’m getting closer to my goal, which is to raise $1,000!Â  It might be a loft goal, but I’m hoping to get 1,000 people to each donate a single loonie.Â Â  At the time of writing this post, I was about 35% of the way there.Â  With just over three weeks to go, I’m feeling pretty confident that I get to my goal.

If you want to help out, you can donate your dollar on my Movember page.

Metro: Last Friday, which I think was about day three or four, I wrote my Metro column about my decision to participate in Movember.Â  It’s interesting this year, because I feel like there’s a lot of backlash from people who are sick of people doing Movember.Â  I mean I get it a little bit, there are a LOT of people doing it this year, but if at the end of the day people are still raising money for prostate cancer research, do you really want to be the douchebag to call that lame?

So my column explains why I decided to grow a moustache , even if hipsters have ironically made moustaches uncool.Â  And I also decided that I should call out my editor at Metro, you see if I’m going to take on someone in a moustache challenge, it’s gotta be someone you’ve always wanted to beat, and who doesn’t want to win a competition against their boss, right?Â  Check out the video above!Â  My editor, was up for the challenge, so whoever raises the most money, will then donate $250 to the others campaign.Â  Yup, the winner has to donate.Â  So please, donate to him too! 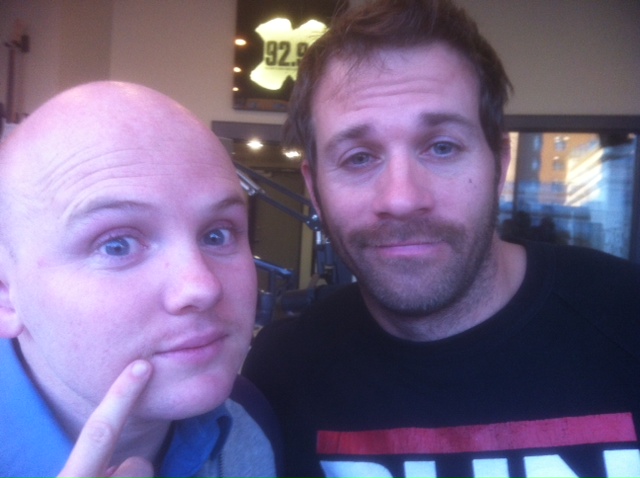 On the radio!
This morning I joined Roger and Fraser of X929’s The Show to talk about Movember and check in on our results.Â  As you can see from his blog, Fraser already has a significant lead on me, so I’m going to have to do a lot to catch up! It was actually the first time that I’ve ever been on The Show, so it was fun to hang out with the guys, to be honest, it was so casual, I was worried that I was going to swear or something that that, but it was a blast.Â  Click here to help Fraser’s moustache grow. 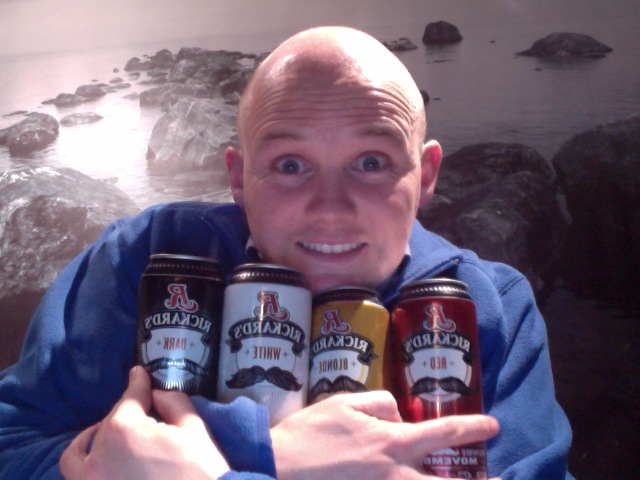 The Beer!
There’s one thing that will help me get over the embarrasment of trying to grow a moustache this November, and that one thing is beer. Luckily, Rickards is a major sponsor of Movember and they’ve actually introduced a special line of moustache inspired tallboys that sport notorious Moâ€™ styles: White Walruses, Blonde Handlebars, Dark Chevrons and Red Imperials.Â  If you are going to have to live with having a furry upper lip for the next few weeks, you might as well drink beer out of cans that also have moustaches, right?

Thanks for everyone’s support, I’ll give you more updates next week!