>Today is a great day! You wanna know why? Because today in the mail I got my seasonal McDonalds coupons which means one thing: NO GROCERIES!!! Wooohooo and with all that extra money I know exactly what I’m going to buy.

DVDS! And what better DVDs than the ones that came out just today!

I’ve said it many a times and I will say it again WATCH 30 ROCK. It is not as good as Arrested Development but it is pretty close. If you don’t believe check out Entertainment Weekly’s 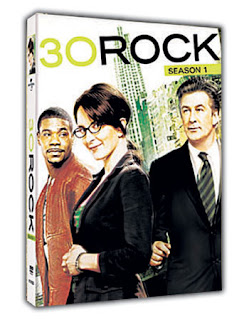 Also coming out today is the third season of the office. This is another one of NBC’s critically adored buy viewer ignored shows. Although it is in no risk of being cancelled like 30 Rock might be, you should really put down the books and start watching this hilarious show! 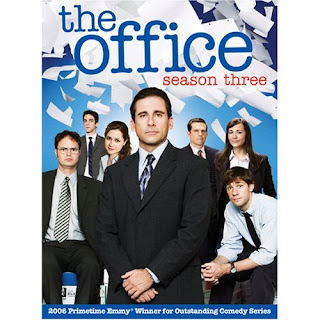 Also, on a little side note I need to talk about the 6th Season of 24 which let’s all say it together “really really sucked.” But today the studio released the cover art for the new season and is it just me or is it…um… a little tacky. I don’t like to make a lot of political statements on this blog, but do your really think a DVD covered in the American flag is really appropriate consider general opinion towards the states. AGAIN, Je t’aime les Americains, but I just think for a season that already sucked, why do something that might cause some negative attention? AGAIN, ME + AMERICANS= Totally Cool. 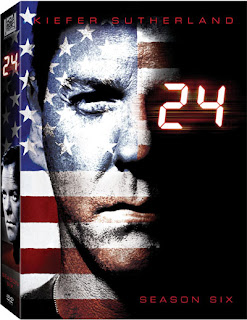