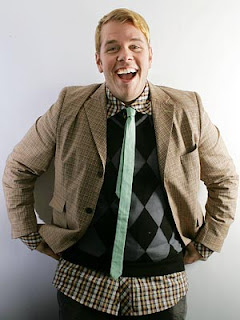 ***The following is an actual email I sent to Perez Hilton…wish me luck!****

How is it going?

My name is Michael Morrison and I live in Calgary, Alberta. Thatâ€™s right the home of next weekâ€™s huge Juno Award Ceremony! I canâ€™t believe all the success youâ€™ve had since you appeared at last years ceremony and I wanted to know if you were by chance coming to Calgary. Which, in case you didnâ€™t know, is the home town of one of your favoriteâ€™s Feist.

So the big question I wanted to ask is this: If by chance you were going to be heading our way for the Junoâ€™s next week do you think there would be any chance I could arrange an interview with you?

A year and a half ago I started my own blog, Mikeâ€™s Bloggity Blog Blob. Since then I have been so fortunate to find unbelievable success. Just a couple of months ago it won Best Entertainment Blog in Canada and came in 3rd for Best Blog in all of Canada. Iâ€™ve also had the chance to meet celebs like Gwen Stefani, Brody Jenner, Marie Osmond, Lucy Lawless and Canadian Idol winners Kalan Porter and Brian Melo. I also met Gene Simmons in Las Vegas and he mistook me for Mobyâ€¦..I didnâ€™t correct him.

I am also a contributor to The Calgary Heraldâ€™s blog The Q, which is Calgaryâ€™s largest newspaper.

If you would be up for it, during our interview we could visit some of Calgaryâ€™s most famous spots. First we would have to buy some cowboy boots, then we could check out the bar where Prince Harry cheated on his girlfriend, well actually the bar has been torn downâ€¦but we could stand on the side walk! We could also swing by the world famous Calgary Stampede grounds which will also be playing host to the Junos. Andâ€¦.well really thatâ€™s about it. Or we could just go for some good olâ€™ Canadian Tim Hortenâ€™s coffee. Trust me, it puts Starbucks to shame.

If this would be at all possible please let me know. I will attending all the Juno events and look forward to meeting you.

Thank you in advance.