Mike in Metro: To pay or not to pay… 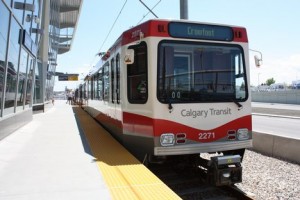 No matter where you live in Canada, chances are that at least some point in your life you are reliant on public transportation.Â Â  In Calgary, I’m lucky enough to live in a neighbourhood that makes my life very walkable but every now and then (lazy, cold, bored), I hop on the CTtrain, usually just for a stop or two.Â  And no, I don’t usually pay.Â  But not because I like cheating the system, but because the city’s transit program is so archaic they’ve made it practically impossible to ride the train with little or no complication.

And that’s the story behind this week’s column with Metro, where I literally admit that I rarely pay for transit.Â  This is going to make my rare commutes awkward, but it’s true. If the city is wondering why no one is paying for their services, I’m more than happy to tell them!