Let’s get one thing straight, there is nothing and I mean nothing, that I love more than potato chips.Â  They are far and away my favourite snack and are easily the worst culprit behind my ever growing blogger belly. So, when I was back home in New Brunswick this week and I heard that you could tour the Covered Bridge Potato Chip factory, I stopped everything I was doing and drove up to Hartland, New Brunswick as fast as possible.

I had actually never heard of the company before, but that didn’t matter, a chip is a chip and the fact that it was made in my home province?Â  Well, that’s just the icing on the cake, or chip as it were. The chip factory specializes in the old Fashioned Kettle Style Potato Chips and are made with Russet Potatoes grown just around the corner from the factory. 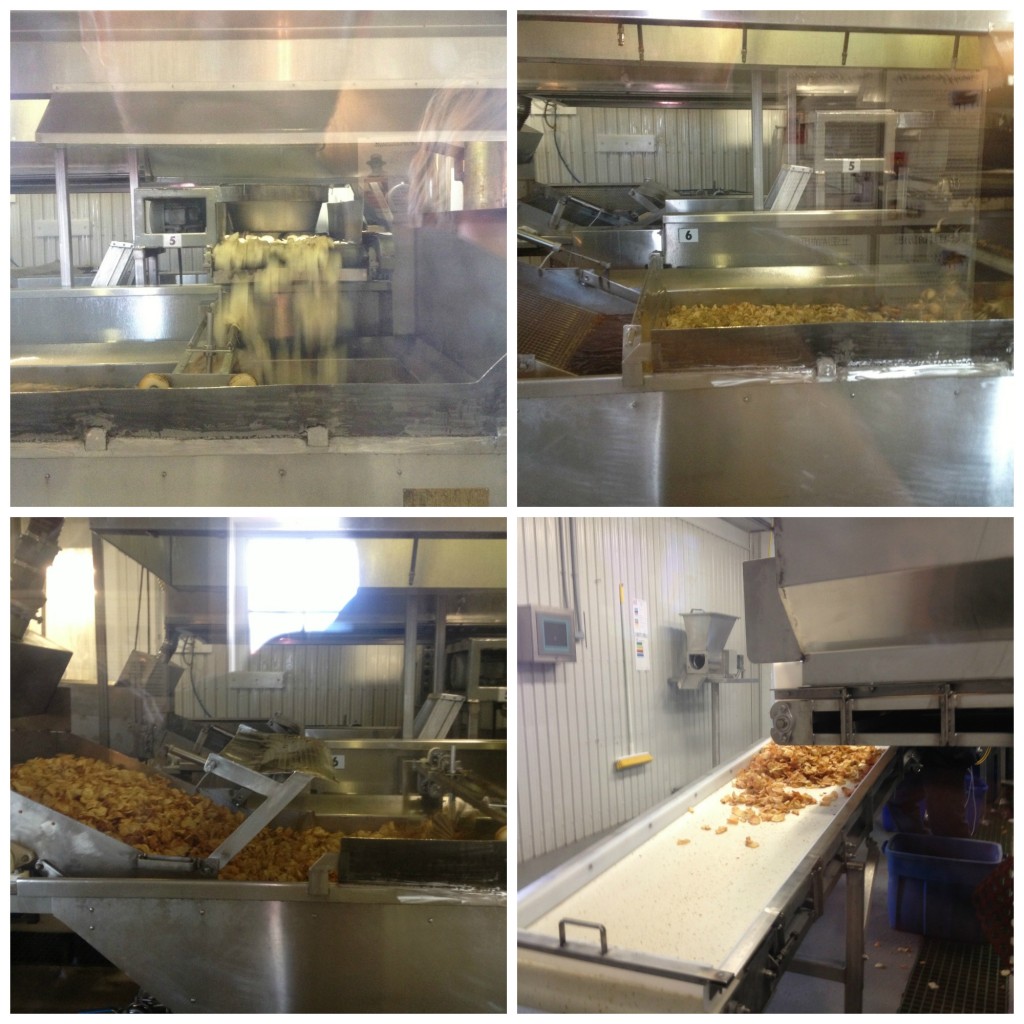 For only $5, those hungry to learn more about all things potato chips get a self-guided tour of the factory that culminates in you receiving a bag of warm chips fresh off the factory line. I’m a big fan of self-guided tours, especially ones that end in me having fresh chips in my hand, so $5 was a great deal.Â  The tour is actually really cool because in a matter of minutes you see potatoes being washed and sorted, then diced and sliced, dumped in oil and then sorted and flavoured. It’s really amazing to see all the steps that go into potato chips and it’s extra nice to see how simple the process of making Covered Bridge Potato Chips actually is. 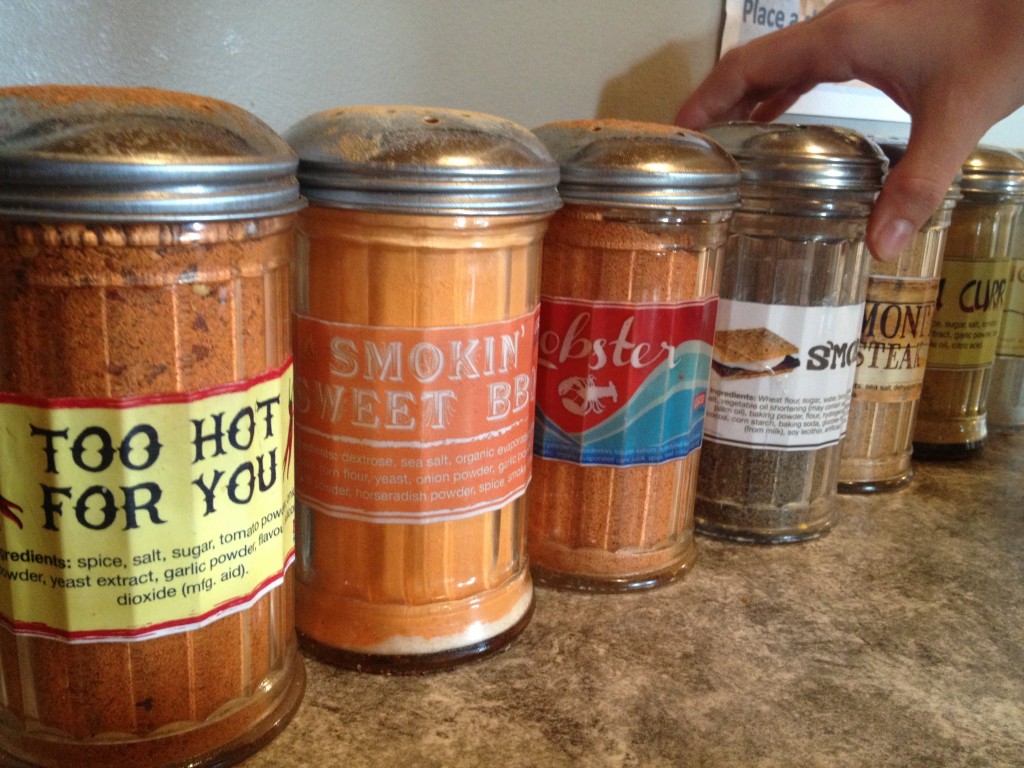 But I haven’t even gotten to the best part.

After the tour, you take your chips back to the lobby, where you can flavour them with more than 30 different types of seasoning.Â  And it’s not just your standbys like BBQ and Ketchup. These guys offer up every flavour in the book, including: Smores, spaghetti, asian curry, fruit fantasy and yes, lobster. Montana Steak Spice was definitely my favourite.Â  I think I sampled every flavour and then bought a slew of bags to bring back to Calgary.Â  As it turns out, you can actually get them here at CO-OPs, which means I can pick up some more of my favourites.

I’m not sure how often you’ll find yourself in Hartland, New Brunswick, I mean it is the home of the world’s longest covered bridge after all, but if you do, definitely stop by the chip factory…and then bring me some of your samplings. 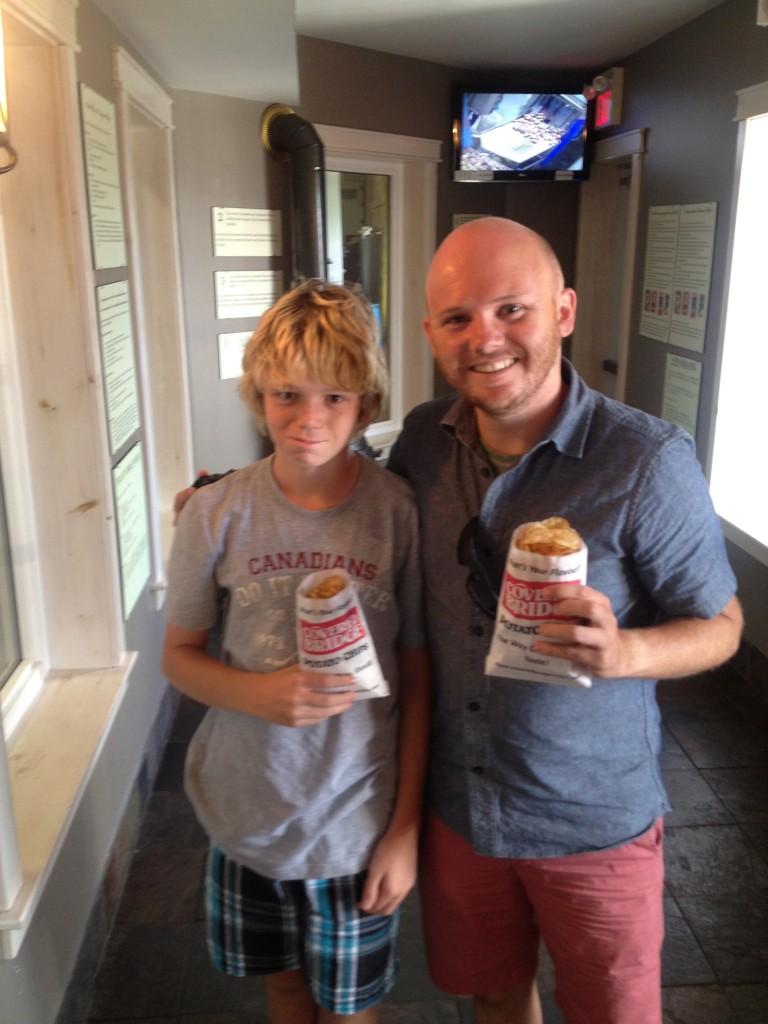 Me and my nephew Zach.