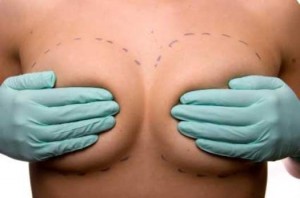 We all know that radio stations are in trouble.Â  Unless they can quickly find an audience, it seems the newer ones are almost destined to failed.Â  In Calgary, one of these newer station, AMP 90.3, just launched a new contest that they are hoping will get them a few new listeners and even more so, advertising revenue.

So what’s the contest?Â  You’re going to want to sit down, because it’s a doozy. The radio station will give one lucky listener $10,000 for either an augmentation or breast reduction.Â  Yes, they are essentially giving away a $10,000 boob job.Â  They’ll try to hide behind some morality of mom’s who have had five children, but at the end of the day, it’s a boob job for some “lucky” girl.

I initially wasn’t going to say anything about the contest, mostly because I didn’t want to contribute to the conversation, which is exactly what the radio station would want.Â  But a week after it was announced, after reading countless blog posts and articles about the contest, I felt like there was still something not being said.

Luckily for me, I have a column with Metro. A lot of media was scared to stand up against the contest, for fear of starting trouble in the small and tight-knit media world of Calgary, I wasn’t one of them.

Click here to read my new Metro column.Â  Feel free to weigh in, I always love a good debate.