Megan Follows is back on TV!?!

So, um, I don’t know what happened, but somehow someone, somewhere forgot to tell me that Megan Follows is back on TV, like regularly. Not cool, guys. Not cool.

Of course we all know Follows from the three times she so perfectly played Anne of Green Gables, thus cementing her role as the greatest Canadian ever.Â  Since then, she’s popped up in some movies and lots of guest-starring roles, but not really anything regular.Â  But now, as it turns out, she has a regular role on CTV Two/The CW’s Reign, a period-drama following the early years of Mary, Queen of Scots.Â  Follows is playing Catherine de’ Medici, Mary’s mother. The pilot for the show just aired last week, with a new episode airing tomorrow night, so there’s lots of time to catch up.Â  But be warned, if it’s anything like other historical shows, they could kill her off at any moment.Â  (I know I could read a history book and see what actually happens to her character, but what fun would that be.) 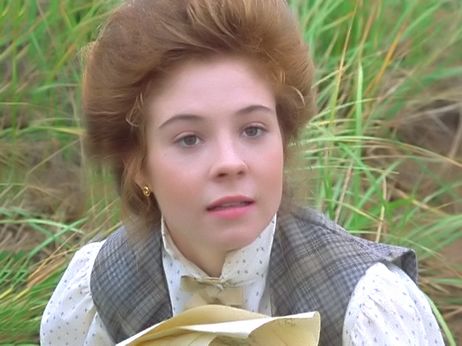 Actually, while we’re sort of talking about everyone’s favourite ginger from PEI, isn’t it weird that Anne of Green Gables has never been made into an actual movie, like on the big screen?Â  No seriously, as if you and I wouldn’t eat that movie up like it was delectable ice cream.Â  But, if I could play producer for just one moment, I wouldn’t want the movie to take itself too seriously, I would love to see it in the same world has the ever-creepy Willy Wonka and the Chocolate Factory from the 70s.

All that is to say that Megan Follows is back on TV, you can now continue on with your day, knowing that all is right with the world.