With Storage Wars already a huge hit in the United States, it was only a matter of time before the addictive must-watch “reality” show spawned a Canadian counterpart. And the fine folks at OLN have finally made it happen.

Storage Wars Canada will premiere sometime this summer and if you’ve never seen the show, consider yourself lucky and I mean that in the best possible way. The series, about people who buy abandoned storage containers, hoping to make a profit off of what they find inside, has sucked away more hours of my life than perhaps any other show on television. Any time it’s on A&E, I immediately get end up wasting days or weeks, compelled and curious by drama and suspense of the trial and tribulations of the people who buy these mysterious containers. The advantage of seeing how some people live and what they choose to store is an added bonus. I mean, who doesn’t love a little voyeurism, right.

I do have some beef with the overly-produced show, which features cast members obviously being fed lines and witty responses. There’s also been reports in the USA of producers tampering with containers to up the drama, but really, who cres. It’s mindless and fun television, that’s devilishly addictive!

The first season of the Canadian edition will feature 36 half-hour episodes, which is a huge order. I’m guessing and hoping that means that the network must have a lot of faith in the brand and hopefully, the cast!

Speaking of the cast, why don’t we meet them, shall we?[one_half] 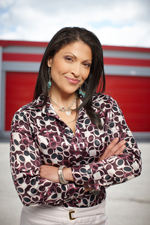 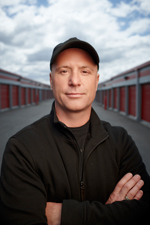 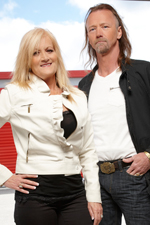 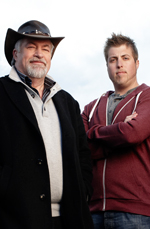 [/one_half_last]So what do you think? Does this cast make you watch to find the show when it premieres or you going to abandon it for someone else to find?