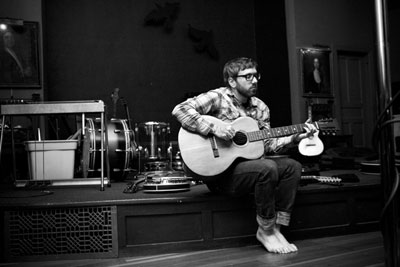 Bring out the plaid, turn on the record players and put on your biggest glasses, Dallas Green is coming to your bedroom*.

City and Colour will be performing AND chatting with his fans on LIVESTREAM.com on Wednesday, July 13, 2011 at 7PM Eastern / 4PM Pacific.

Green will perform songs from his new album Little Hell during the â€œLive Acoustic Session and Chat with Dallas Greenâ€ and answer listeners’ questions live. The session is available for fans from all over the world to watch and participate.

RSVP at the City and Colour Official Livestream Channel at this link.

The special show is on during the band’s hot streak which saw the new album debuted at #1 on the Top 200 Nielsen SoundScan chart, becoming their 3rd Gold Record. Little Hell also debuted at #2 in Australia and #28 in the U.S.

*Assuming you’re like me and have a computer in your bedroom.