Me vs. Michael Bay 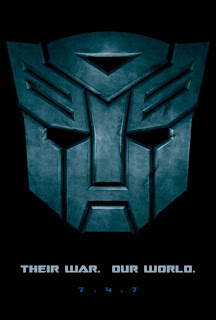 To say that director Michael Bay has ruined my life is a bit dramatic. But he certainly has made it a little complicated. One of the things I love are box office statistics, which are how much money movies make, what is there per-screen average and then I like to weigh it against how much the movie actually cost to make.
Much with most of my internet surfing I have a routine. Every Thursday I go to Box Office Guru, where Gitesh Pandya does an excellent analysis of that weekend’s upcoming movies and what he expects they will make. He suprisinging usually accurate with a few exceptions and suprises along the way (Borat, Superman). Then on Saturday, I go back to his site and check out the mid-weekend totals. Then usually on Sunday afternoon he has a quick recap of the box office results using the studios estimates and then on Monday he has the more exact numbers. I usually don’t read Mondays, because one man can only take so much math.

This is my routine and I love it.

Now Michael Bay comes along with his little Art House movie called Transformers and has thrown my routine all for a loop. Transformers opened at 8pm on Monday and technically gets to benefit from a ridiculous Canada Day and Independance day holiday week box office. Of course it is raking in tons of dough: Monday ($8.8 million), Tuesday ($27.45 million), which is all fine and dandy but now my routine is all mixed up. I shouldn’t be on Box Office Guru on Wednesdays, that is saved for Mike Ausiello on TvGuide.com and the Billboard results.

Now Michael Bay, I know you have alot of clout, but you also made Pearl Harbour so I know you can’t be the smartest man around, but don’t make me use the influence of this blog. Many have felt it before ( I know there must be someone, maybe Val Kilmer) so don’t make me use it on you. Let’s keep movies to opening on Fridays please. Thanks.
Also, impress your friends with this random piece of information: For a movie to start making money, it needs to double it’s original budget. That is because you have to account for marketing and that can really effect the bottom line. So Evan Almighty which cost $175M needs to make $350M just to start to make a profit. Right now it stands at a very disappointing $60M. Looks like someone needs some help from up above!