McDonaldâ€™s is bringing food to your table and jobs to...

â€œHi, Iâ€™ll have a BigMac meal.â€
â€œHey, can I have a junior McChicken and a small coke.â€
â€œOh hey, could I have a Chicken McNugget Happy Meal, but instead of a toy, could I have cookies.â€
â€œEvening! Could I have two hamburgers, but I only want tomato, lettuce and mayo on them.â€
â€œYes! The McLobster is back. Iâ€™ll have two of them please. Actually, make it three.â€

I have been saying one of those five sentences a few times a month ever since I was 15-years-old, when I got my first job at McDonalds. (My parents still use the stereo I bought with my first pay cheque.) Itâ€™s true, for as long as Iâ€™ve had money in my bank account, Iâ€™ve been an unabashed about being a McDonaldâ€™s fan. I even held my Christmas staff party there and would be totally ecstatic to have McDonaldâ€™s served at a party that looks an awful a lot like a wedding.

But, much to the chagrin of corporate McDonalds, Iâ€™ve never really strayed from the things that Iâ€™ve always loved. Iâ€™m a traditionalist, as they say. I know what I like, and I like what I know..and it was definitely not the McWrap.

You may have noticed lately that McDonaldâ€™s is changing things up. Thereâ€™s fireplaces now, a McCafe and most recently, automated self-order kiosks that come with table service and a line of premium-priced custom hamburgers. Itâ€™s not the McDonaldâ€™s we know and love, but maybe thatâ€™s a good thing? As a die-hard McDonaldâ€™s fan, change stresses me out, so when I had the opportunity to try out the new Create Your Taste experience, I did so with both intrigue.

You know what McDonaldâ€™s loyalists? I think itâ€™s all going to be okay. The Create Your Taste experience allows you now to custom make your burger and choose from five types of cheeses (blue cheese, natural cheddar, swiss), 12 toppings (including grilled mushrooms, long-sliced pickles and sliced jalapeÃ±os), two buns (black and white sesame seen bun and artisan-style bakery roll), a lettuce wrap and nine sauces, including smoky BBQ, chipotle aioli, sundried tomato pesto, even sriracha) Iâ€™m almost embarrassed to say that Iâ€™ve never had sriracha before putting it on my burger at McDonalds. I instantly knew that I had been missing out on one of the greatest flavours that has ever existed.

So what did I order for my first Create Your Taste experience? Hereâ€™s the complete order. 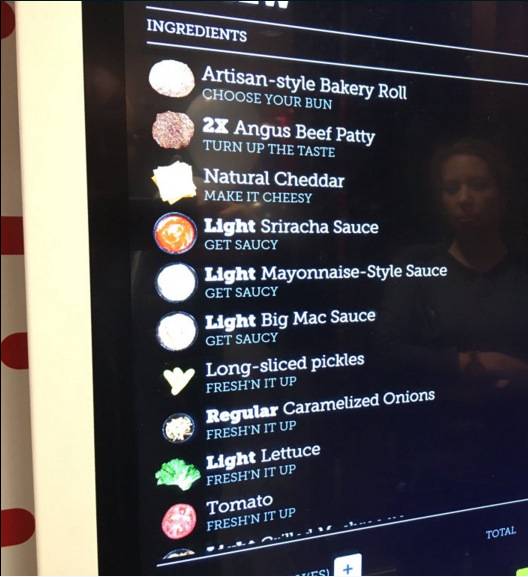 It was pretty much perfect, although I think I could have just done with one angus burger patty, I got excited and missed that I was order something different than the normal burger patty. I barely finished it. But donâ€™t worry, I did. I always do. Some say it takes up to six times to perfect your order. Fine by me. 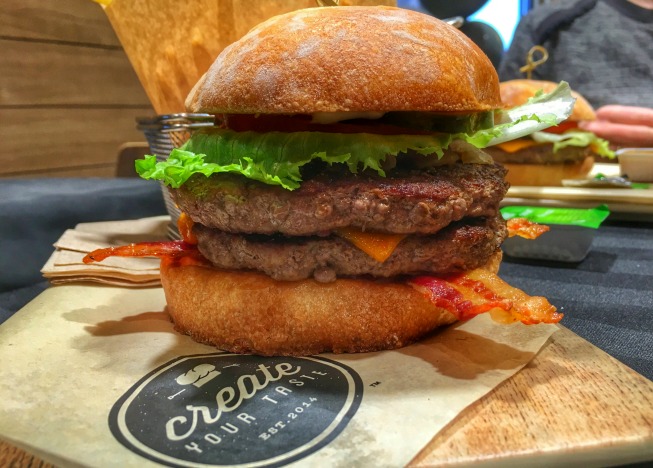 Eating at McDonaldâ€™s has always been easy, but now the Create Your Taste experience makes it fun. When presented with 30+ options, and a variety of new flavours, All of a sudden I felt like a kid in a candy store, but this candy store let me put McChicken sauce on anything I wanted. And as a former employee, itâ€™s a bit nostalgic as well. I always loved working at McDonalds, and now I get to re-live those years every time I pop into the restaurant, except without as many pimples.

And make no mistake about it, McDonaldâ€™s is definitely now a restaurant, but a new kind of restaurant, one made for 2016 and beyond. So you get to order your own food, have a seat and the staff takes care of the rest. And donâ€™t worry, you still get free pop refills, but instead of climbing over a kidsâ€™ hockey team, the staff will get your refill for you. 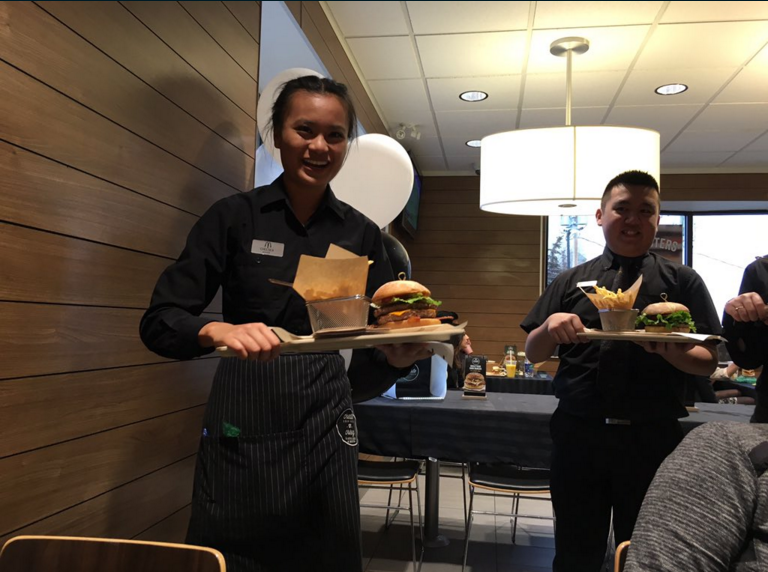 And for all you economists that read this blog, and I know thereâ€™s a lot of you, according to McDonaldâ€™s, the new automated machines will actually increase the amount of people that work at the restaurant. This initially didnâ€™t make sense to me, so when pressed for more information, management explained to me that before the machines, there were four cashiers. Now, thanks to the additions of the machines, thereâ€™s now upwards of 12 different purchase points in the store. But just because itâ€™s easier to order, doesnâ€™t mean that people want to wait any extra amount of time. So the kitchen staff had to pretty much be doubled, and management also had to hire greeters and people to bring the food to your table. All of sudden, those numbers of new employees started to make sense. And here in Alberta, weâ€™ll take any jobs we can get.

Now that McDonaldâ€™s has made ordering fun again, and created jobs in a market thatâ€™s desperate for them, my only wish that is that McDonaldâ€™s will at least consider my regular please to bring back the McPizza, which along with the McFlurry with Nerds, rank as the two foods that I miss the most. Until then, it looks like I have a lot of work ahead me: Itâ€™ll be no easy feat building the perfect burger thatâ€™s made just for me, but Iâ€™m up for the test. I always am. 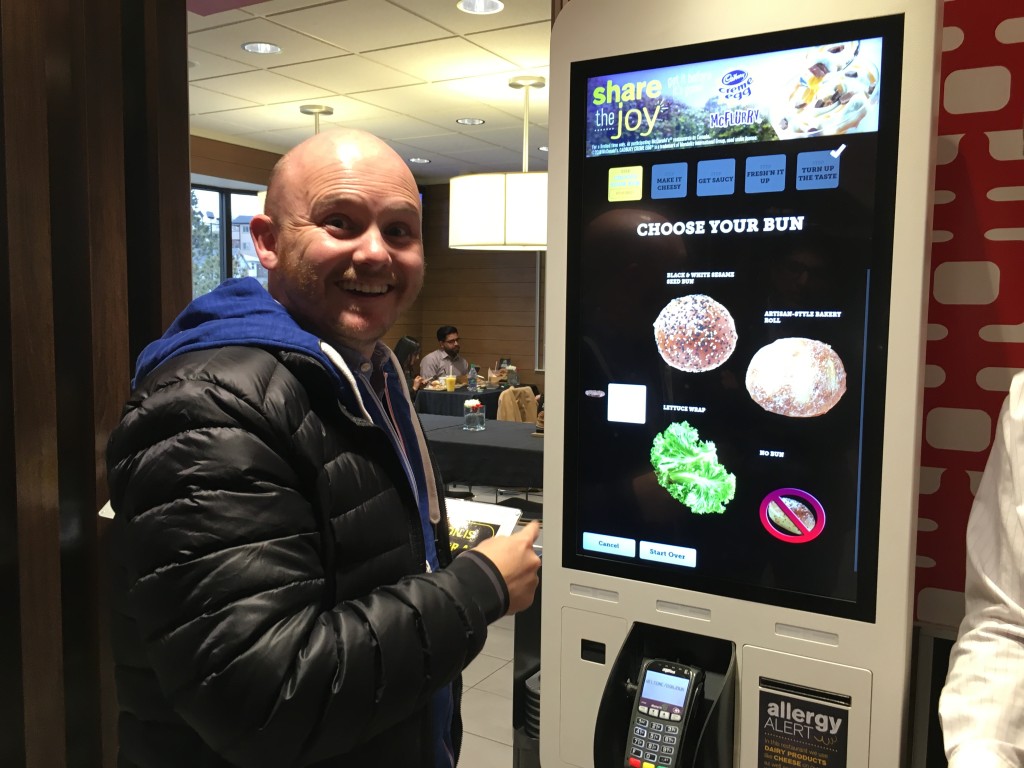