August 16th will be a big day for anyone of the millions of Canadians like me whoâ€™ve ever worked at McDonalds. Thatâ€™s because itâ€™s McDonaldâ€™s 50th birthday! I can only hope that I look that good when Iâ€™m fifty.

It took a year after McDonaldâ€™s opened in Canada for them to come to Calgary, and they finally opened the doors to the first-ever McDonaldâ€™s restaurant in the city back in 1968. That location is still open, although itâ€™s been updated a few times since. You can see the first ever McDonalds in Calgary at 507 23rd Avenue NW. 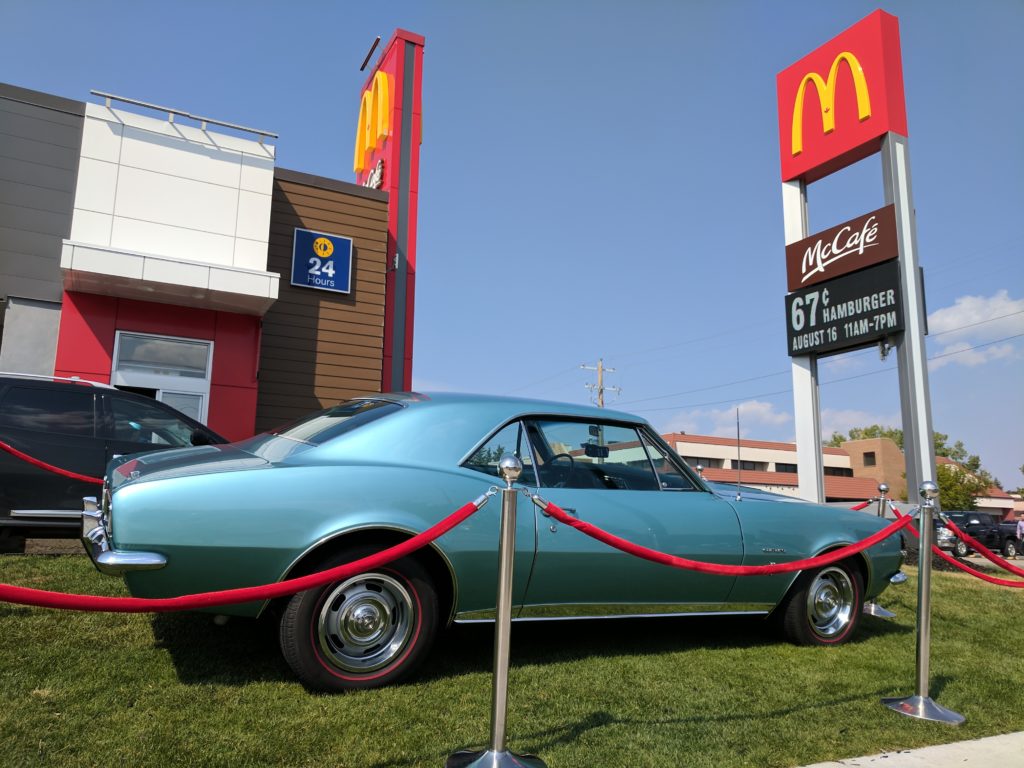 McDonaldâ€™s Canadaâ€™s 50th Anniversary celebrations kicked off today with an amazing event hosted at this location. This included visits from Ronald, a vintage car, a jukebox, and tons of delicious menu items!

To celebrate further, McDonaldâ€™s Canada plans on hosting a special promotion starting on August 16th with special $0.67 cent hamburger, which will be available from 11:00 am to 7:00pm at McDonaldâ€™s across the country.

McDonaldâ€™s was my first job back when I was teenager in Fredericton, New Brunswick and I absolutely loved it. Actually when I left my fulltime job to write the blog four years ago (still canâ€™t believe that), my backup plan was to go back and work at McDonaldâ€™s. Seriously. That was the plan. It still might be. 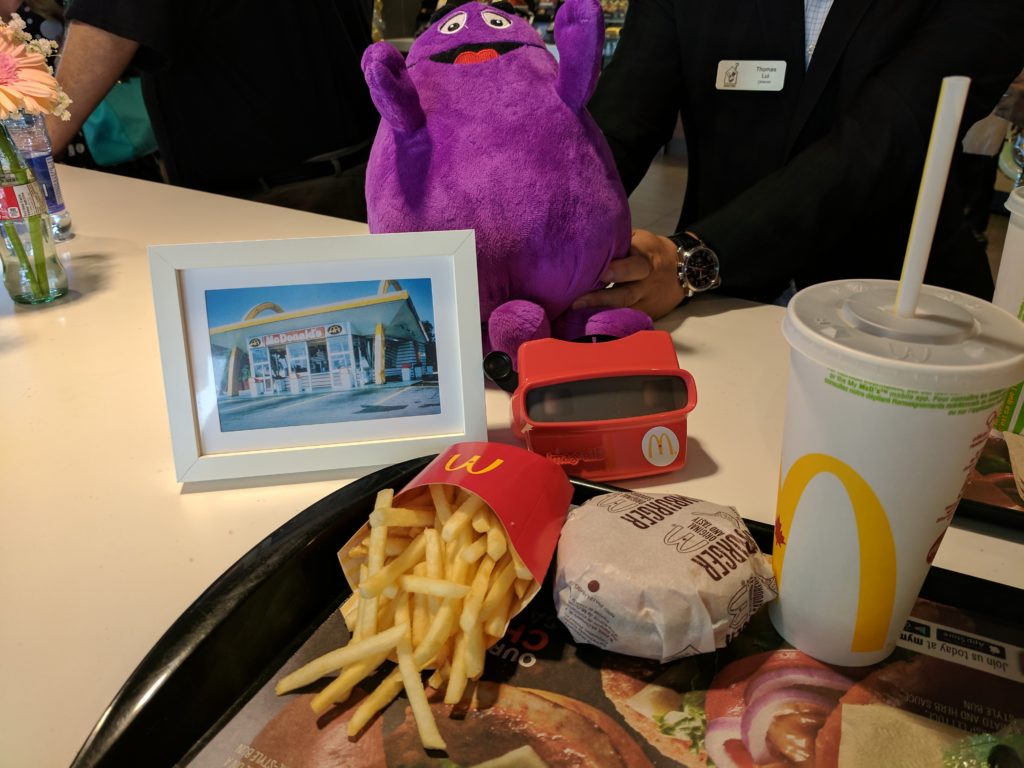 For me, McDonaldâ€™s has always been a place filled with memories. As a kid, I demanded that my birthday party always be held there. As a grown up, I still go there to celebrate, whether it be a cool new opportunity, or the annual Mikeâ€™s Bloggity Blog staff Christmas party.

Having a blast at the Mike’s Bloggity Blog employee Christmas Party! #shareboxtomyself pic.twitter.com/18rweywgFn

So itâ€™s fun to be a part of the celebration of McDonaldâ€™s Canadaâ€™s 50th anniversary. In the coming months, Iâ€™m sure there will be more special details and nostalgic moments to come. Iâ€™m still holding out hope for the return of the McPizza or the McFlurry with Nerds, but until then there will still be lots to celebrate.