Mandy Stobo gives where she lives in the ‘baddest’ way...

Famous for being “bad”. Itâ€™s definitely in Mandy Stoboâ€™s nature to care and subsequently, do a lot of good, for a great deal people.

I’ve known Mandy for a few years now and even if you donâ€™t know her personally, itâ€™s hard to ignore the magnitude of her work because itâ€™s everywhere. It can be found on the side of boxes of beer, album covers, adorning the walls of some of Calgaryâ€™s trendiest restaurants and chances are your own walls. Stoboâ€™s Bad Portrait project has made her paintings more common than an Ikea kitchen table in homes and apartments all across Calgary. She estimates that she’s painted more than 16,500 of them for people all over world,(yes, you read that right).

But at 31-years-old, the busy mom of an eight year old, is not only managing her own career, sheâ€™s giving back to Calgary in the most creative way. 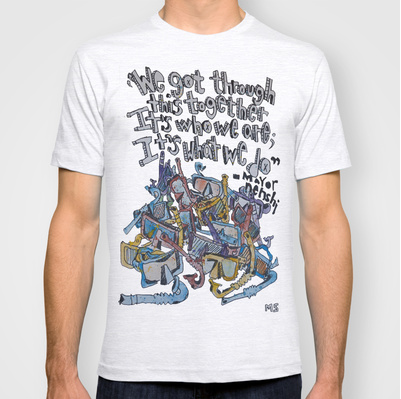 During last yearâ€™s historic flood, Stobo used her talents to design the â€œScuba Nenshiâ€ T-Shirt, with all proceeds going to the Red Cross Disaster Fund. The shirts became overwhelmingly popular and she ended up raising more than $22,000 for those affected by the floods. Stobo estimates that she sold about 12,000 shirts and managing the production and delivery became a full time job until the end of September. Beyond raising money for her community, she says the highlight for her was when Prime Minister, Stephen Harper, bought some shirts for his entire family.

Now, the next generation of the “Scuba Nenshi” shirts are available, with all proceeds going to the Calgary Foundation. This year sheâ€™s added phone cases, onesies, kid clothes and tanks, all of which will be available until the end of the summer. 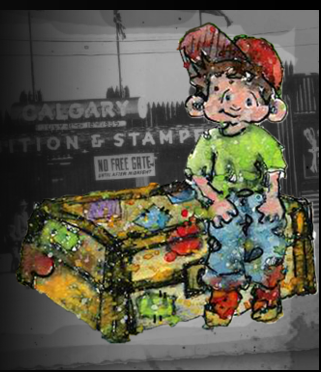 Mandy has also illustrated two childrenâ€™s books, including â€œC is for Calgaryâ€, which is an alphabet book starring Cal, a young boy exploring Stampede through his grandfatherâ€™s old photo album. The photos in the book are from the Calgary Stampedeâ€™s extensive collection of archives that date back to the first Stampede in 1912. Authored by Dave Kelly, the proceeds from both books are all donated to the Calgary Reads program. The books can be found at; Owlâ€™s Nest Books, Monkeyshines Childrenâ€™s Books, Underground Clothing and online.