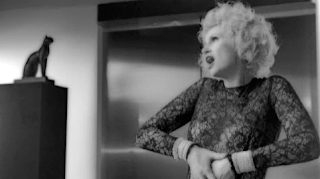 First things first. I’ve seen tonight’s Madonna-themed Glee and it is good. Actually, really good. The stories are a little rushed and the show just barely fist all the songs in, but that was kinda expected. Perhaps this would have been a great use of the rarely used “Special Two Hour Movie Event” that Fox is famous for?

Just a little warning, the ‘Like A Virgin’ monologue was a little too creepy for my tastes, but then again, I sometimes wear socks two days in a row. The episode is ends up belonging to Sue, Kurt and Mercedes as they all live-out their real-life Madonna obsessed fantasies. Plus, wait for the comeback that finally puts Sue in her place! 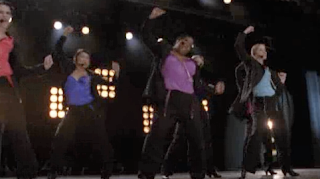 As you might also know, thousands of people are already submitting their auditions to nab one of three roles on Glee’s second role. Like in it’s first year, Ryan Murphy is looking to cast all unknowns for the new parts!

If you are looking to waste hours upon hours, may I suggest you watch the countless auditions that are popping up on the Myspace audition page!

It is like being your very own judge on American Idol, only you can actually be more mean because the contestants can’t hear you!

Click here to watch/judge/mock the auditions that have already been posted.

One of the auditions that caught my eye was Jason Lemmon’s. Mostly because he is kinda a Cory Monteith hybrid. Raised in Calgary, moved to Vancouver, he even sings ‘Can’t Fight This Feeling Anymore.’ He has got a good look to him, even if his collar is dangerously close to being popped. Plus, I think he can hold his own against Kirk, who is rumored to be looking for a boyfriend in the second season.