Guess where I am! 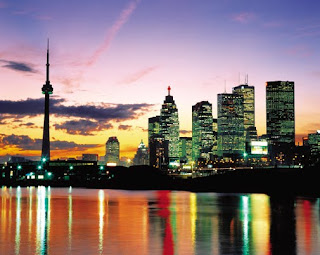 That’s right! Toronto! For the next week, I will be blogging from the Street Meat capital of the country. Now from what I witness already, that can mean MANY different things.
I have some really cool things lined up, and I’m really excited to tell you about them. But why spill all the beans at once? Where would the fun be in that?
First off, I got to get a chance to see a sneak peek of Andrew Lloyd Webber‘s newest show, The Boys in the Photograph. I’m going to do a full review on it really soon, but I can tell you right now that if you are in the Toronto area, you must add this to your must-do list!
And I’m not just saying that because my friend Tony has the lead role. And yes, I did just type that so you know that I’m friends with a semi-famous person. Plus U2’s Bono even dropped in on the rehearsals this week, and you aren’t going to argue with Bono are you? No, I didn’t think so.
The show opens officially tonight and will be running at least until November 1st.
It’s not your typical musical, mostly because it’s about soccer players. And I can now say that you truly haven’t lived until you’ve seen a soccer match as an interpretive dance. Trust me.