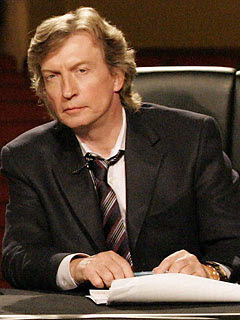 Here is something I never thought I’d say: The Banff World Television Festival keeps getting cooler and cooler!

He is going to be receiving the Award of Excellence. Lythgoe will also be a keynote speaker where he will share his international experience and expertise within the industry.

If you live under a rock and have no idea who Lythgoe is, you can thank him for shows like: “So You Think You Can Dance“, as well as “Survivor“(UK) and the ever popular “American Idol!“

Festival attendees can also look forward to shmoozing with William Shatner and Ricky Gervais, who will both be receiving awards.