Love at first sight: Gwen and Me 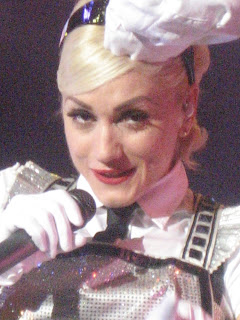 Also available on The Q
Being from small town Canada, my concert repertoire is limited to local maritime bars and my drunken uncle and his fiddle. Iâ€™m not exactly what Rolling Stone would call a concert expert. However, back in February when it was announced that Gwen Stefani would be making the long trek to my new hometown of Calgary, I was all over it like Rosie Oâ€™Donnell at a Democratic M&M factory.
This is a real pic…..taken by me! —->
My friends and I heard that if you joined the Fan Club you would have first access to tickets when they went on sale! Because Iâ€™m a dedicated Gwen fan, and because I had a job that allowed me to surf the internet all the time, I quickly snatched up 2nd row centre tickets the second they went on sale!

Months passed until the concert came, but finally tonight was the night! Also, because fortune seems to look down on those who were prematurely bald, I actually won backstage passes through a local radio station and ended up being invited to the Gwen Stefani Meet and Greet before the concert.

At the meet and greet my friend and I only had a few seconds with her. Deciding not to pry about how she felt about the premature cancellation of Veronica Mars, we decided on the famous, â€œBeatles or Stonesâ€? She looked at us for a second and then responded, â€œBeatlesâ€¦.by a landslide.â€ With a little wink she walked away. Obviously we would be BFF for life! 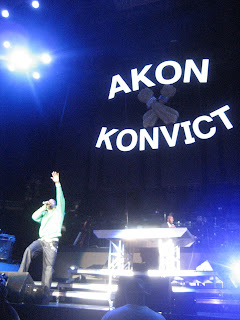 After our encounter with Gwen, we joined our friends at our second row seats. We had decided to skip the first opener, Lady Sovereign, becauseâ€¦wellâ€¦because itâ€™s Lady Sovereign and Iâ€™ve already seen Avril in concert. The second opener was Akon. When he came out on stage, I realized I had no idea who he was. I mean yes, weâ€™ve heard his songs before, who hasnâ€™t? But I wouldnâ€™t be able to pick him out of a crowd, or more fittingly, a lineup.

Now Iâ€™ve done some pretty cool things that Iâ€™m proud of in my day, but none of them come even close to how proud I was when Akon looked down at my skinny white self and saw me singing â€œSmack Thatâ€ and busted out a laugh during the titular song. Hey listen, if my singing can make a convicted man like Akon laugh, look out Ellen!

After Akon wrapped up and presumably took home the four blonds who disappeared in from in front of me, we anxiously awaited Gwen. During this time I realized why going to a concert dominated by women fans is kick-ass: no bathroom lineups! On a related note, while waiting for my friends, I decided that if I was a woman I would invest in a colostomy bag, I think it would just make sense. Wouldnâ€™t it? Anyway, back to the concert. 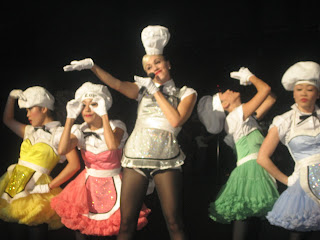 The concert simply put: amazing! And no, Iâ€™m just not saying that because Gwen and I made a couple of hurried eye contacts. Honestly, I went through my online thesaurus and there is no better word to describe the nearly 2-hour concert. It was non-stop! Iâ€™m not going to lie; I was worried what a Gwen concert would be like with just her own songs, which at best are about as half as good as No Doubtâ€™s. But it didnâ€™t even matter. She quickly made me forget my earlier doubts and just put on a kick-ass awesome fun time performance. And for all of you cynics out there, who are annoyed with how great she looks after having baby Kingston, just watch her in concert and youâ€™ll see that it is no easy feat what she does! (And yes, she still has stretch marks, much to my female roommateâ€™s pleasure!) I had to take two breaks, just from getting my â€œhollaâ€ on! If anyone but her harashuku girls can keep up with Gwen, I owe them a Big Mac. A double Big Mac. 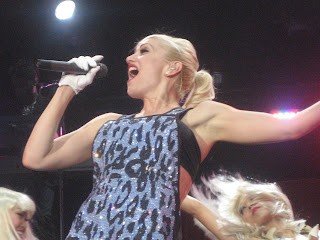 The concert whizzed by faster than you could say Gavin Rossdale, but it was worth every penny of my hard-earned Canadian Dollars. We had a truly great time at one of the most enjoyable concerts in recent memory, I mean of course besides my Uncleâ€™s â€œshow.â€ (In case he is reading this.)

Thank you Gwen, I hope to make hurried eye contact with you again! 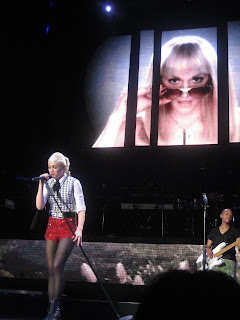 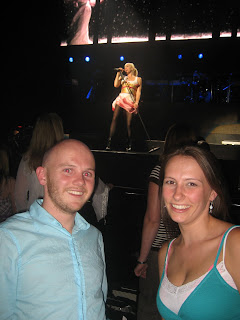 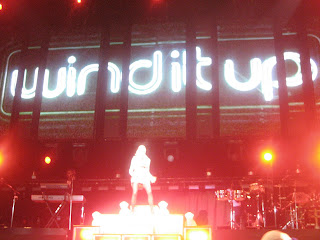