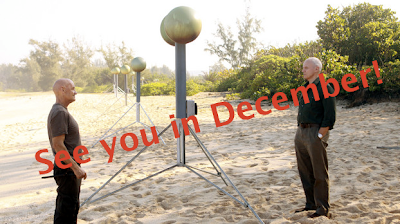 If you are a fan of LOST, you might want to sit down for this!

Seriously. I’m not joking. This is bad news.
While the excitement around the show has been at an all time high, the ratings have been crap. Especially when you consider that the show used to net over 20-million viewers.
With only six episodes left, ABC can’t afford to keep the sinking show on-air and risk it dragging down it’s ratings during May sweeps.
It is not official, but later on today, ABC is expected to announce that it is pulling the final six episodes and will be releasing them on DVD only! Worse yet, we’ll have to wait until December, so the show can cash in on the Christmas market!!!!!
Worst. News. Ever.
oh:
april fools.