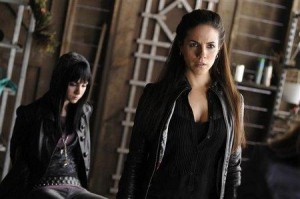 I’ve got good news for all you Lost Girl fans out there.Â  Showcase has just announced that the sci-fi series has been renewed for a second season!

Since debuting in September to some of Showcases biggest numbers ever, it continued to attract more than 700,000 viewers all season long.Â  Which, in case you don’t know, is HUGE for a specialty channel.

â€œThe record-breaking ratings and second season renewal are a great reward for a series that takes risks with unconventional storylines and a complex female heroine,â€ said Jay Firestone, Executive Producer.

It’s wonderful to see such an uncoventional Canadian series get a second season! Congrats!