Lost finale: Where were you? 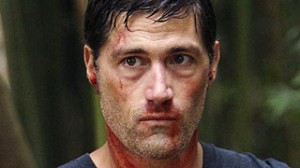 These are all things we remember where we were when they happened.Â  On Sunday night, the series finale of LOST got added to the list.Â  If you just rolled your eyes, stop reading, this post is not for you.

LOST has always been a great show for me.Â  I was never one of those LOST geeks who read into every line and every plot twist. And no, I didn’t sign up for LOST university. Â I don’t even own the DVDs. Plus, I would regularly forget about even major details.Â  But I did love the show, afterall I never missed an episode. For me, I was just happy to be along for the ride.Â  I never really knew what was going on, but for some reason, I never seemed to mind. 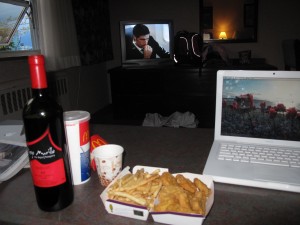 So where was I for the Lost finale?

I spent my long-weekend in Vancouver.Â  We ate at some great restaurants, explored the Sunshine Coast and of course, it rained. It rained a lot.Â Â  But the whole weekend, the series finale of the Ocianic 6 was always on my mind, mostly because I happened to be spending the weekend in an apartment with no television.Â  After calling every person I knew in Vancouver, I still could not get my hands a television set with cable.Â  So I did what any TV fan would do:za Â I rented the cheapest (and sketchiest) hotel room I could find, ate Mcdonalds,Â  drank a bad bottle of wine out of a paper cup and enjoyed the thrilling two and a half hour roller coaster.

Sure I still have no idea what the hell the whole show was about, but it was important and I know that I will definitely never forget where I was.

Now how to get that hotelâ€™s smell off of me.