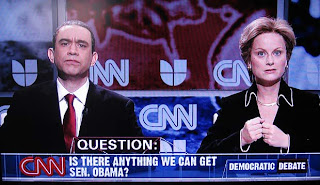 I can’t remember the last time I was so excited for the premiere of Saturday Night Live. Maybe it’s because the American elections are simply providing so much comedy gold that I know SNL is going to hit it out of the park.

What’s not to look forward to? Sarah Palin could have her own 2 hour special. John McCain, Barak Obama, Hilary Clinton and the rest of the pig wearing lipstick gang have been providing Lorne Michaels and the rest of his gang countless hours of material. No wonder there are rumors that both Tina Fey and Maya Rudolph are rumored to be making returns!

What I’m not looking forward to is Michael Phelps hosting the season premiere this Saturday. Has an athlete ever done a good job hosting this show? Scanning my memory really quickly, I can’t think of one, especially one who is as naturally awkward as Phelps already is.

I’m also pretty pumped that Saturday Night Live will also be making three hour long specials to air on Thursday nights leading up to the elections! Wouldn’t it be cool if there were a couple of Canadian election jabs. Elizabeth May is almost a SNL character herself!