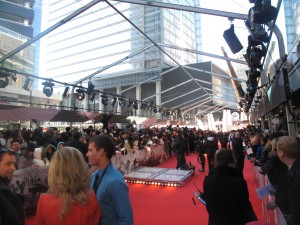 Welcome to the 2011 Juno awards live from Toronto! I just came off the freezing red carpet and it’s going to take me a while to feel like I have feeling in my fingers again! I’m going to be blogging away hoping that it warms me up faster!

6:01pm The Junos kicked off right on time with a very charming video intro with Drake, Justin Bieber and yes, Lloyd Robertson.

6:05pm Down with Webster opened the show.Â  They are good, too bad their lame name indicates otherwise!

6:10pm Drake is doing really good!Â  Quick suggestion:Â  When Charlie Sheen inevitably dies, Drake steps in and does a comedy tour instead!

6:12pm Drake does he make to make Shania feel like a women.Â Â  Women around the world swoon.

6:15pm: Arcade Fire win their second Juno of the weekend and the first of the night for Group of The Year.Â  I have a feeling that this will be big night for them.Â  I didn’t see them on the red carpet, but to be fair, this is Toronto, everyone looks the same. 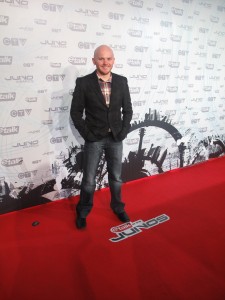 Red Carpet Moment:Â  My outfit for the evening left me freezing but I gotta say, Bloggity cleans up nicely, no?

6:21pm Royal Wood and Keisha Chante welcome Sarah McLachlan to the stage and she sings herÂ Â  On the red carpet, she didn’t do any press except the big guns like CTV.Â  Always disappointing that she couldn’t take a few minutes to at least chat with some of us.Â  It makes me wonder when artists make that switch. 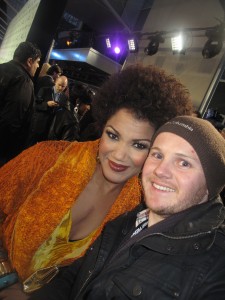 6:24 Woohoo! Measha Brueggergosman and the guys from GBS present Juno Fan Choice Award.Â  They are both amazing, can we just give it to them? Then again, I could just be biased that Measha and I are both from Fredericton!

6:27 The award goes to Justin Bieber who is not here tonight.Â  Would have been great to give him last year.Â  Ahh retrospect.

6:28: Usher tells us why he loves Canada.Â  Great…wait…who asked him?

6:35: Arcade Fire picks up the second award of the night:Â  Songwriter of the Year.Â  Is this retribution for the all the american anti-Grammy hate? 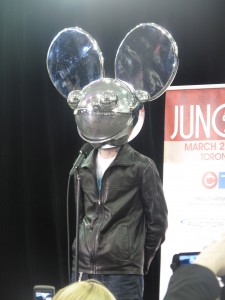 6:36: DeadMau5 says he has already remixed Rebecca Black’s ‘Friday.’Â  I never want to hear it, but I think it would be too good to ignore.

6:45:Â  Shania Twain is about to get her big award.Â  I’m already crying. I can’t believe she is about to come back here. What do I say?

6:47: Who else is taking a shot every you hear the name Shania?

7:04pm:Â  The Love Letter to Toronto!Â  I’m excited to see how this transfers across the country.Â  Jim Cuddy, Sarah Slean, Sarah Harmer, City and Colour.Â  Let’ be honest, the content might be a little pretentious but the voices, the voices!Â  So good! 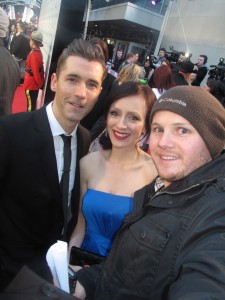 Red Carpet Moment: I talked to Sarah Slean and her husband Royal Wood about being married and working together.Â  They both agreed that they don’t interfere in eachother’s music because it was too personal. They aren’t fans of mixing work and play. 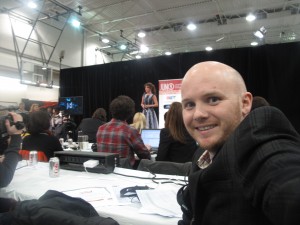 7:17pm I just talked to Shania Twain.Â  I asked her if she felt like the icon everyone says that she says she is.Â  I don’t remember what she said, I was in awe.Â  I do remember that she made lots of funny faces. God I love her. 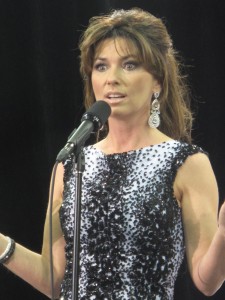 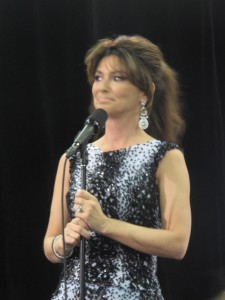 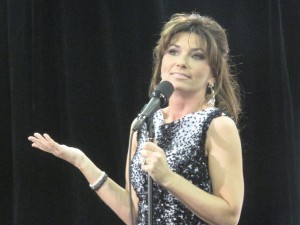 7:18pm: Meaghan Smith wins Best New Artist. Completely deserved as you can tell from her standing ovation.Â  Go Halifax! In case you were wondering, this Meaghan Smith

7:32: Single of the year goes to Wavin’ Flag Young Artists for Haiti.Â  They are going to need to make a whole lot of extra Junos.

7:39:Â  I’m trying to watch the Junos but Buffy Sainte Marie is in the room.Â  Her personality is so attention-grabbing, you can’t help but stop what you are doing. 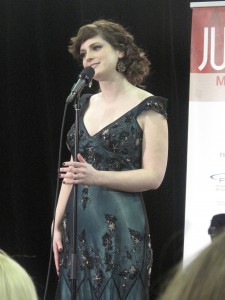 7:41: Meaghan Smith just told me that living in Halifax allowed her to playÂ  music without inhibitions. The city was very welcoming to her, especially considering she has no training in music at all.Â  She also said that she got her dress at a vintage shop.Â  What’s not to love?

7:53: Justin Bieber wins for Pop Album of the Year.Â  Seems like a weird juxtaposition of talent after just having Broken Social Scene play such a rocking number!

8:03 This special montage about Neil Young has taught me that I need to more about the man, especially musically.

8:10 It’s amazing that after so many years in the industry, Neil Young can say it better than anyone else: “But most of all… you need to look inside yourself,” “Music is the language of love,” and “Make music first.”

8:17:Â  Leslie Feist, possibly encouraged by Shania’s return, comes to the stage to introduce Arcade Fire‘s performance.Â  I’ve never seen her with so much energy!

8:20: Quick someone buy whothefuckisneilyoung.com before the Bieber fans do!

8:21: Arcade Fire, Neil Young and Justin Bieber all walk away with numerous Junos.Â  What a variety of awards winners, which is why I love the Junos.Â  Always lots of surprises and deserving winners! 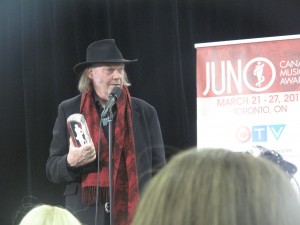 8:27 “It’s very unusual for me for me to be this exposed.” Neil Young backstage after winning numerous Junos.

8:35 In case you were trying to figure out the math:Â  Drake was nominated for the most awards and is walking away with zero.Â  That is what you call awkward planning.

8:55: Arcade Fire is down the hall.Â  You know how I know you can tell?Â  They celebrating, very loudly. 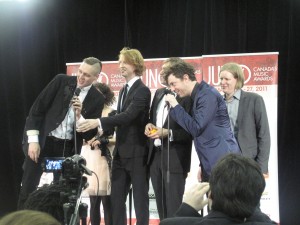 9:45: I asked Arcade Fire if they still considered themselves “alternative”.Â  They quickly responded, “I think Bush and Nirvana are alternative.”

Well that’s the Junos for another year!Â  It’s been a blast and I’m so happily exhausted.Â Â  Thanks for all falling along and asking a ton of questions!Â  It’s always a blast to be a part of Canada’s best music party!