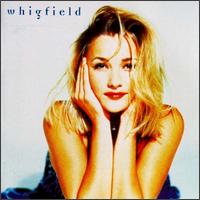 I remember during the mid-nineties there was a song named â€œSaturday nightâ€ (Whigfield). This song set the standards for a typical Saturday night relatively high. Iâ€™ve always felt that way. When I first starting going out, I would base what I did, the actions of the night, on that song. â€œItâ€™s party time and not one minute we can lose, be my baby!” Daunting, I know! I often wondered, Could I live up to her limits? Soon I began asking myself who is this Whigfield, and why do I care if she thinks I had a good Saturday night? My nights of going out quickly became replaced with nights of working or watching movies with friends. Sure there would be the odd night out, friends birthdays, going away parties and the like. But I quickly realized that I wasnâ€™t the biggest party animal. Van Wilder be damned.

As Iâ€™ve grown up, I felt more and more comfortable staying home on Saturday night. I used to feel so bad, like I was missing something. I donâ€™t feel that anymore. To me a night watching your favorite movie is just as exciting as going out, if not more exciting. If you have company with you, thatâ€™s great. If you donâ€™t? Sometimes thatâ€™s even better. There is nothing wrong with treating your self to a â€œMichael Dayâ€. Unless your name isnâ€™t Michael, then thatâ€™s just weird. Call it, a â€œpersonalâ€ night.

I still work a lot of Saturday nights, I donâ€™t mind. There is an energy when you are at work on the weekend, and since Iâ€™ve been with the hotel for a relatively long time for Calgary, I can usually leave whenever I feel like it! Tonight was no different, I had entertained a couple offeres to go out, but thought it would be best to rent a movie, buy some vodka come home and do a little writing and watch the said movie. I find whenever I rent a movie I go home browse the TV and am always disappointed because I want to watch whatâ€™s on TV, but Iâ€™ve rented the movie and god knows I donâ€™t like to waste the $4,50!

Before I went to rent the movie, I had to boost the battery of my friends car. Let me tell you that it was quite a site to see three 20 somethings trying to boost a battery. Between using our cellphones to see how to open the hood (Camera Phone lights!) and realizing the my trusty Saturnâ€™s battery is actually in the truck (Who Knew!) It said something about our generation that it proved to be quite difficult to jump start a car. Where did Regis and Kelly lead us stray?

Once home, Iâ€™ve settled into the night with the documentary â€œWordPlayâ€, a very clever and charming movie about the New York Times crossword, it reminds me a lot of â€œSpellboundâ€. Movies like these remind me how much I donâ€™t know about the English language. For those who have struggled to make it through my entries due to the awful grammatical errors, I know your pain and I apologize. To drown my sorrow, I mixed a surprisingly strong Frutopia and Rum and settled in for the night.

With the movie wrapping up, I look at the clock and realize that it is just past midnight. Somewhere down the street hundreds of kids are having a wild time, having drinks, dancing the night away. I wonder, Did I make the right decision? Should I have gone out? Then I think about the vomiting, the headaches, the sticky shoes and the smelly people and Iâ€™m not missing a thing. As Iâ€™m sitting here with my rum laced Frutopia, Salt and Vinegar Popcorn and Saturday Night Live, I canâ€™t help but think to myself, â€œDee Dee Na Na Naâ€