Live with Kelly…coming to Banff! 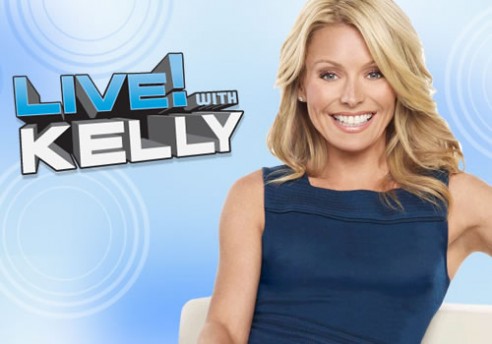 Details to come, but this might be the most useful thing Ben Mulroney has ever tweeted!

“@LiveKelly @KellyRipa just announced they will be Live from #BANFF in April! Hopefully @etalkCTV will send me to cover it! #CanadaLovesKelly”

Details about the upcoming show have started to come in.

Producer extraordinaire Michael Gelman said about the upcoming trip, “We’re always happy when we have the opportunity to take ‘LIVE’ to Canada. We have a huge Canadian fan base – they’re some of our most loyal and enthusiastic viewers.  This will be our first visit to Alberta, and the majesty of the Canadian Rockies will be a stunning setting for the shows.”

Celebrity chasers should also take not that Kelly is still on the hunt for a co-host, so she’ll be joined in Banff by In addition a slew of celebrity guests, co-hosts and performers at The Banff Centre.

No word on how people will be able to get these hands on tickets, but the second I know, you’ll know.

Update #3:
Tickets for the shows will be available via auction and you can register now on the Live with Kelly! taping.   Through the magic of television show actually won’t be live, instead four episodes will be taped and aired throughout the week.  They did the same thing with Regis and Kelly were in PEI a few years ago.

To register for the auction, visit their website.  Tickets will be sent out in the third week of March. And yes, I’ve already registered!