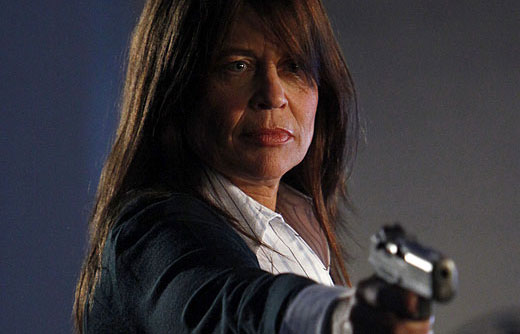 When it comes to bad ass women on television, none are more bad ass than Showcase’s Anna Silk on Lost Girl. Well it turns out the hottie succubi is about to get some competition, from one of the most bad ass women in film history!

The producers of Lost Girl have announced that Linda Hamilton will appear in the third season’s tenth episode. In case you need a refresher Hamilton is best known for her role as Sarah Connor in the blockbuster film,The Terminator and its sequel Terminator 2: Judgment Day. She also starred in the cult hit tv show and in my favourite volcano movie, Dante’s Peak.

Not much is known about the episode yet, but according to producers, Hamilton will play a tough, sexy and ruthless assassin who has enjoyed a storied and deadly career.Â  Her arrival likely spells trouble for Anna Silk’s Bo.

When Lost Girl returns in early 2013, All I ask is for the most epic fight scene ever seen on Canadian television!