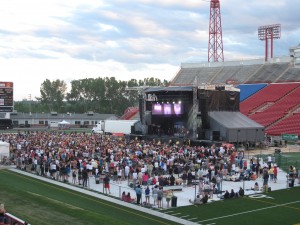 Even though Lilith Fair has opened to relatively positive reviews, it seems that the all-female music festival just can’t seem to shake the bad summer buzz.

The Sarah McLachlan led tour has just announced that 10 concert dates have been canceled, while most are in the States, Montreal has been added to the list!

Full refunds are being offered to the couple of people that did get tickets.