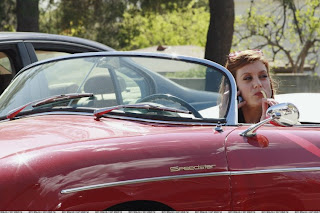 Tonight, mixed in with an episode of Grey’s Anatomy ABC premiered the much talked about potential spin-off of Grey’s starring our constantly heart broken Addison Montgomery (in real life her name is Kate Walsh)

Along side Addison her new cast members reads like a who’s who of talented actors from canceled shows. There was Taye Diggs (Kevin Hill, Daybreak), Tim Daley (The Nine), Amy Brennamen (Judging Amy, yes it was technically canceled), Merrin Dungey (Alias-not canceled, Summerland-definitely canceled). And regretfully Veronica Mars fans, it also starred Chris Lowell. That’s right our beloved Piz seems to have jumped the Veronica ship, and although Veronica Mars is kick ass, career wise this is probably the best decision so I cannot fault him. And seriously who knew that Piz was ripped?!?!

So after the 2 hour event let’s break down and see what worked and what didn’t:

What worked: The cast is obviously stellar. You pretty much couldn’t have lined up a better cast. The only thing that could have made it better would be if that rumor about Lisa Kudrow joining came true. But we can’t have everything can we.

What didn’t: When Angel spun-off of Buffy, alot of fans had a hard time with it because it was so different than the original Buffy the Vampire Slayer, but eventually fans realised that it felt different because that’s exactly what it was: a different show. The Grey’s spin-off pretty much felt the exact same as if we had never left Seattle Grace. The only difference I noticed was that the characters were just as whiney, lonely and hornier as our trusty interns, only these guys were about 10 years older. Grey’s Anatomy: The older generation. 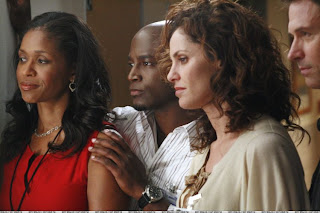 What worked: Kate Walsh does her best work when she gets to be neurotic. Her scenes in the elevator (yes, they have one too) were a perfect blend of all things Addison.

What didn’t: So let me get this straight. Addison gets tired of getting treated like a whore, so she leaves Seattle Grace only to make out with a hippie doctor in the stairway of a hospital. I’m sorry Addison you are not a whore? Quick, someone get me a dictionary!

What worked: Amy Brennaman was great…………..

What didn’t: ……….until they made her look like shit in the grocery store because that’s all us single people do is look like we got hit by a bus, put on sweat pants and buy bananas. Come on! It was disappointing to see the show make singlehood looks as sad as sitting home alone of prom night. Honestly people, it’s not that bad.

What worked: The set was pretty cool looking. Obviously way more interesting than the dull walls of Seattle Grace.

What didn’t: The tentative title of the show (if it gets picked up) is called: Private Practice. Blah. Really? That’s pretty much the most boring title since……..well ever.

So, what did you think? Do you have room on your schedule for more Grey’s Anatomy? I’m interested in hearing your thoughts on the tonight’s show.

Side note: Meredith is going to go crazy and kill someone. Don’t say I didn’t warn you.

Is it weird that three 30 something ladies check out a 20 year old?

Not on Grey’s Anatomy it isn’t!