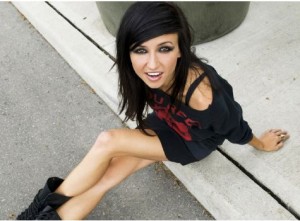 You guys know LIGHTS right?Â  You know, the super cute Toronto singer behind such hits as Drive My Soul, Ice and February Air.Â  More cynical music-lovers will know her has Jian Ghomeshi‘s special little project.Â  Either way, she’s been dominating Canadian charts for few years now and by all accounts is as sweet as pie.

It turns out that not everyone, thinks that Lights is the bee-knees. 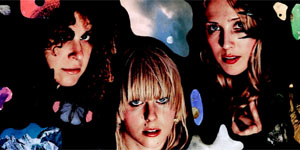 Up until today ago there was another band in New York City with the same name as LIGHTS.Â  The only way you could differentiate theÂ  was by the fact the Canadian goes by LIGHTS (note the capitalization).Â Â Â  Well apparently the group south of the border were not fans of the name confusion and officially changed their name to Cliffie Swan. But just because they changed their name, it doesn’t mean they are going down without a fight! Cliffie Swan released a press release yesterday explaining their name change: “To end all confusion between the wretched Canadian musician Lights and the incredible talents” of the three Brooklynit”

UPDATE:
Obviously they felt the wrath of The Lights Army because Cliffie Swan’s label just released a new press release:

“The women of Cliffie Swan are tough, but they’re not mean. They bear no ill will towards Canadian Lights. Ultimately, they chose a new name for the band in order to reflect the transformations that have occurred within the band. They needed a name as unique as their sound.

But face it, it’s been frustrating sharing this name the past couple of years. It was a name that both parties felt was important to their message. If the word ‘wretched’ could be applied to anything, it would be the constant confusion that came from being confronted with fans of Lights – but not fans of their/our Lights.”