Legendary show returns to Calgary just in time to wow...

There is a really cool production coming up at Alberta Theatre Projects (ATP) this holiday season, and it is connected to an organization Iâ€™m really passionate about. Itâ€™s called â€˜Legend Has Itâ€™, and I canâ€™t really tell you the plot. Thatâ€™s because it has no script. Let me explainâ€¦

Legend Has It is a completely improvised fantasy adventure featuring a cast stacked with Canadaâ€™s top improvisational talent and starring an audience member. The premise: There is a fantastical world called Jaro filled with Mumplings, and they need help. A â€˜Heroâ€™ is needed from beyond the fourth wall (theatre joke) to enter Jaro, join the Mumplings, and save the world from certain destruction at the hands of Haldor. Who plays the Mumplings? Who plays Haldor? All of that will be decided by the audience member â€˜Heroâ€™ â€“ every show has a different hero, a different journey, and a different ending.

So, itâ€™s not your typical holiday show. But itâ€™s already already a hit! The show actually premiered at ATP a few seasons ago and it was so popular they decided to bring it back. Following this run at ATP, the show will travel to New York!

Legend Has It will run at Alberta Theatre Projects from November 24-December 31. The show is recommended for ages 6 and up, and audience participation is NOT mandatory. It is fun to think though, that just for buying a ticket you could end up living out your Frodo fantasiesâ€¦ In fact, if you really want to geek out, ATP has partnered up with Calgary Expo to present a cosplay New Years Eve performance complete with costume contests (for all-star access to Calgary Expo 2016) and a midnight champagne toast! 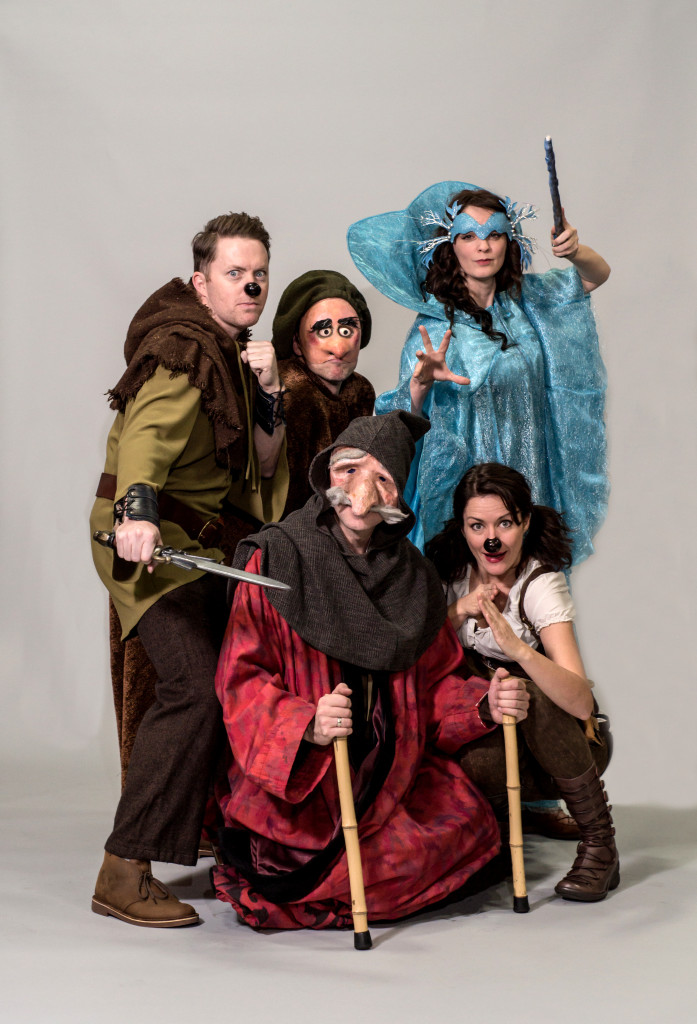 photo credit: Kenneth Locke
All of that is great and I know youâ€™ll all enjoy the show, but this post gives me an excuse to talk about an incredible organization in Calgary called Kids Up Front. If youâ€™re not familiar with Kids Up Front, its an organization connects families with tickets to live events like hockey games and concerts so that all kids can experience live entertainment, no matter their financial situation. They get those tickets from individuals and organizations who donate them. So, may you have seasonâ€™s tickets to the Flames, but at the last minute realize you canâ€™t make a game, Kids Up Front will take those tickets and work with local agencies to make sure local kids get to use them (plus â€“ you can get a tax receipt!). Last year, over 365,000 tickets were given to kids who otherwise would not have been able to afford them â€“ those life-changing experiences were valued at $12.6 million.

ATP is not only encouraging patrons to donate tickets that would otherwise go unused to Kids Up Front, but theyâ€™re packing the houses themselves. Theyâ€™re even opening up the doors to their upcoming dress rehearsal this weekend to the kids. Through the Cenovus Theatre for All program over 1,000 tickets to Legend Has It have been committed to Kids Up Front this Christmas. So far, over 13,000 tickets have gone to Kids Up Front since this program started â€“ huge!

Kids Up Front invited me to tell the story of my first ticket experience in their recent campaign â€“ waiting in line to see a Canadian iconâ€¦ Can you guess who it is?