Learning to dance: Nobody keeps Bloggity in the corner!

In my life, I have been called many, many things.

A dancer has never been one of them.

But as I creep into my fourth decade (hey, Iâ€™m only thirty), Iâ€™m often up Â for new experiences and more importantly challenges.Â  So when the cool dancers from Decidedly Jazz Danceworks asked me to swing by their downtown studio and learn a few moves, I instantly said yes.Â  Not because I thought it would be easy, but because I thought it would be funny as hell.

As it turns out, the experience was funny, but it was also a lot harder than I ever could have imagined.Â  After watching a funky number from the companyâ€™s upcoming production, I was completely blown away by the sexy number.Â  I was then paired up with a dancer by the name of Danielle, who deserves an award for being the most patient person Iâ€™ve ever met in my life. She was tasked with doing something that many have deemed impossible: Teach me how to dance.

Growing up, I had taken a few dance lessons and I was actually in a Mini-pops meets Up With People type group, but I was never the dancer. Usually I was the cute kid who swayed backed and forth.Â  I was good at that. I can sway.

Learning at DJD was a completely different experience.Â  Actually, at first I thought it was going to be easy. Danielle taught me about sixteen counts and I got them pretty quickly.Â  To be fair, they were pretty much just step-touches, which is essentially a step above swaying. But hey, I was proud. Danielle kept adding more and more moves, which looked easy, but trying to learn them, while remembering the moves she just taught me and trying to keep count was proving practically impossible.Â  After about twenty minutes, I had learned my little number. It was about 64 beats of music, which was hard and made even harder when I realized that the music we would be dancing to was going to be very fast.

If I wasnâ€™t sweating before! 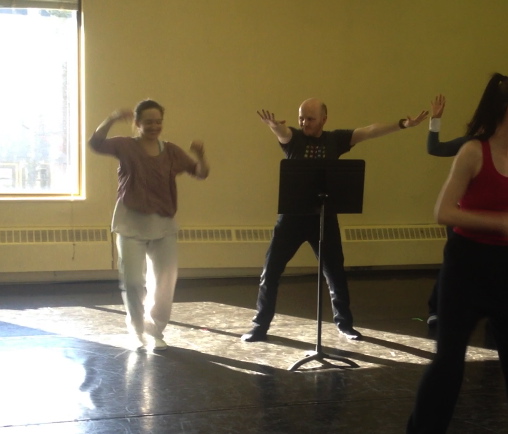 Soon, it was my time to dance.Â Â  The music started playing and I moved my body this way, then that way, I think I may had turned one too many times, or not enough. I couldnâ€™t really remember. Ahhh. Thank god for the mirrors. Iâ€™m really just watching other people, hopefully they arenâ€™t watching me. And like that, it was done.Â  In my head, it probably felt like three hours, but in reality, I donâ€™t think it was more than 15 seconds worth of dancing.Â  I was sweating, maybe like never before, but I was also laughing. Actually, I think my abs are still sore, marking the first time I felt my abs, maybe ever.

Encouraged by our own (likely imaginary) success, the other students and I asked to do it again, and then once more.Â Â  I canâ€™t imagine what the professional dancers thought, watching a bunch of media types running around trying to do something Â that almost immediately caused all of us to be breathless and I mean that literally.

When the lesson was done, Â I looked at the clock and was blown away by how fast time had flown by.Â  Did I really fumble my way through a real dance class? Did I really manage to not fall at least once?Â  The answers to these questions werenâ€™t was important, it was that I had indeed survived and even more importantly, I had a new and deep appreciation for the dancers of Decidedly Jazz Jazzworks.Â  I barely made it through thirty seconds, how they do a two-hour show and look powerful and strong while theyâ€™re doing it, thatâ€™s something I will forever appreciate! 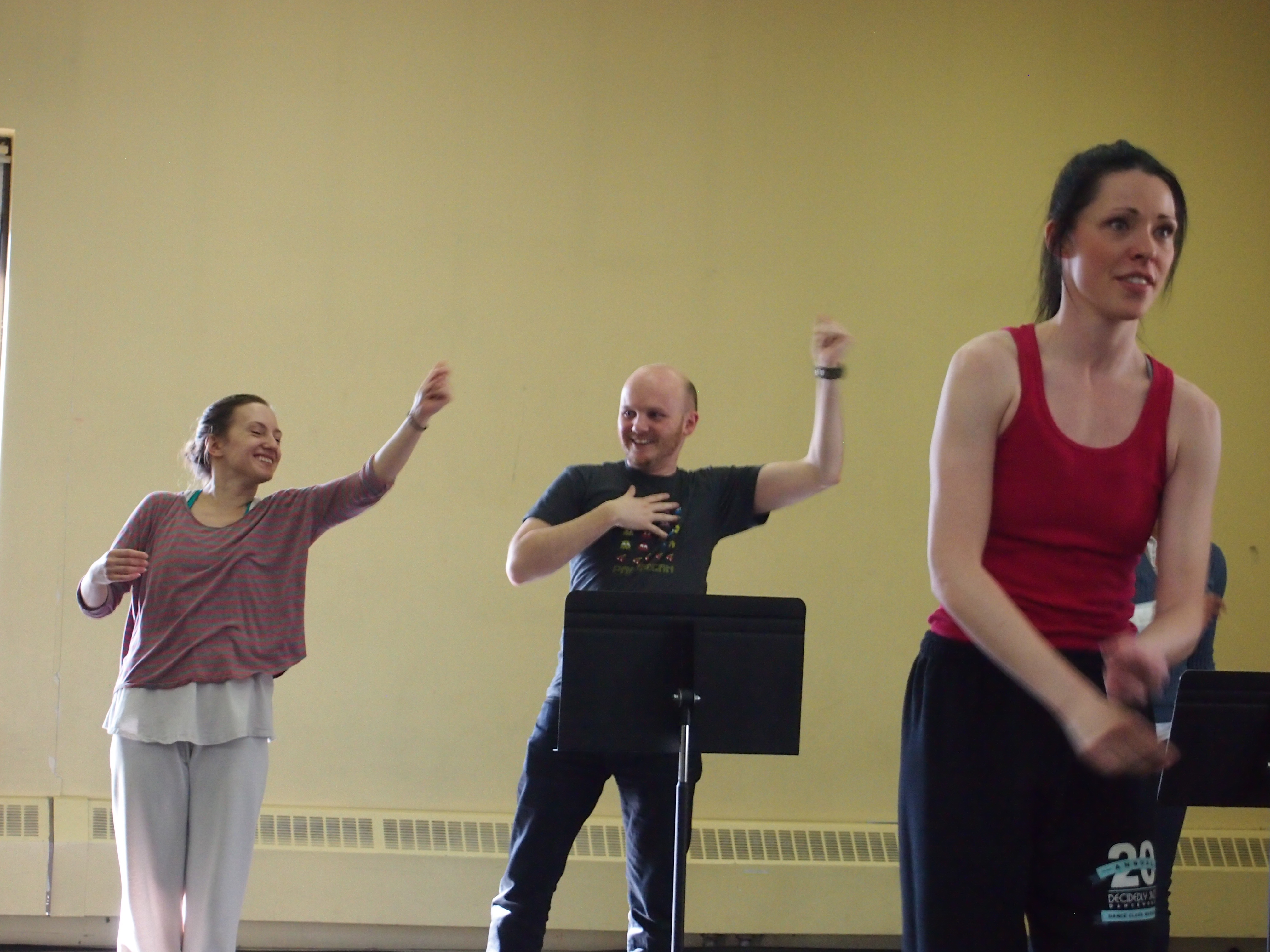 Decidedly Jazz has a whole new show that opens on April 5th. It’s called Turn Up The Get Down and it features numbers that are eclectic, exciting, high energy and not a single cameo by yours truly. Seriously, if you’ve never been to a dance show, they are always a ton a fun, even if it’s just appreciate that you are doing something new!

The awesome folks at DJD have come up with a special ticket offer code to the show.Â  With this offer code, you guys will get 30% off tickets for any available seat at any performance! Â  It’s simple to use: 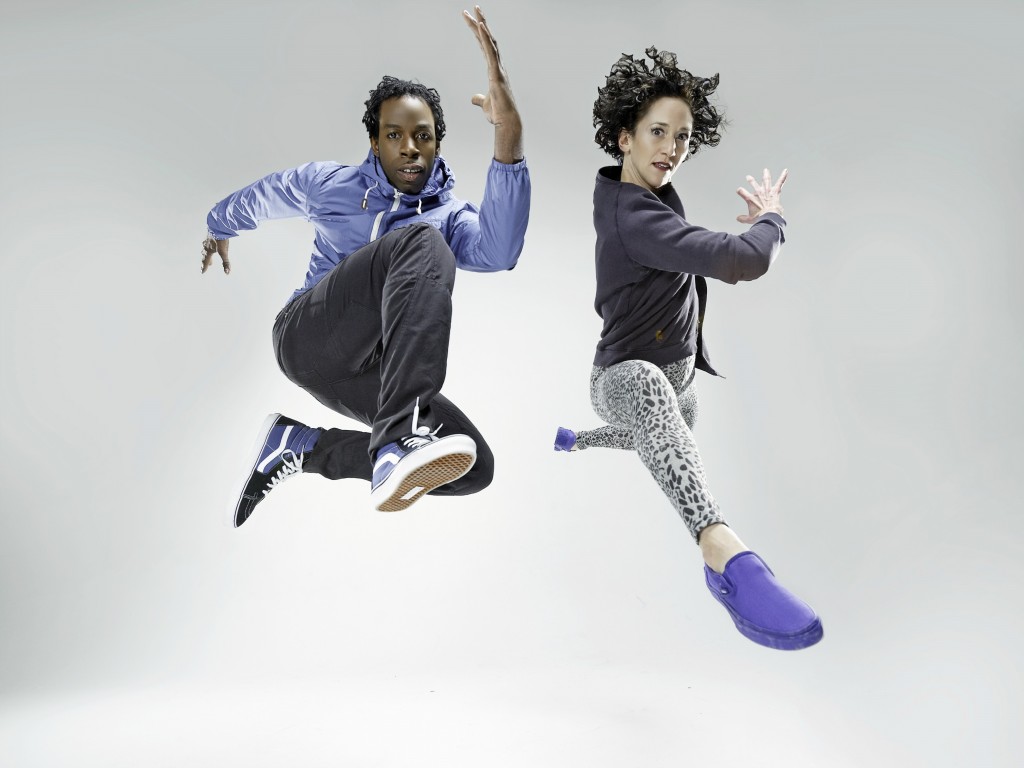