It had been almost five years since I had put on a pair of skis and I had lots of reasons not to put them back on ever again. I had suffered two stress fractures, which made any sort of impact pretty sore, Iâ€™m about as athletic as a Kardashian and last year, my friend died in an accident on a ski hill. In my books, any one of those are a good enough reason not go skiing again in my life.

But when I got the invite to hit the slopes of Lake Louise with other Calgary media, I thought it was the perfect opportunity to do something that had unfortunately developed into a sort of fear. Before my aforementioned hiatus from skiing, I had gone about ten times in my life, both in Alberta and New Brunswick and I always enjoyed myself. At least, thatâ€™s what I remember. Itâ€™s easy to say you like skiing when you donâ€™t really have to do it, but this weekend, the weather was perfect and for once in a long time, I had no excuse. 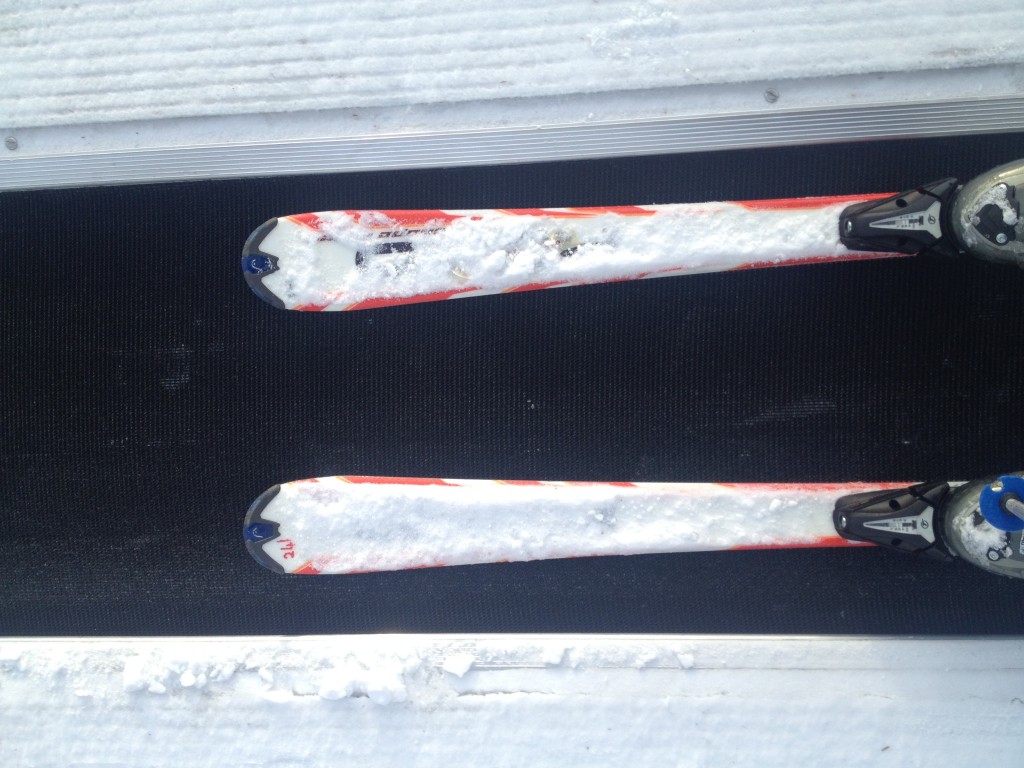 Even though I hadnâ€™t taken lessons since I was a kid, I thought maybe itâ€™d be good to get a refresher, you know, just to make sure I had my â€œmy ski legsâ€. The bunny hill at Lake Louise is like any mall, it has every kind of person. The kid who will always have trouble standing up, even when there not on a slippery slope, the grown up who is obviously taken their resolution a little too seriously, the teen who is being forced by their parents and then the rest of us, grown ups who probably should be better at skiing, but continue to struggle. As it turns out, the lessons were a good thing. Thanks to our amazing instructor, Serge, who looked like a fit and more friendly version of Santa Claus, we had lots of great tips and tricks to make sure we were ready to go on the bigger runs. The Bunny Hill did present some challenges though. If you havenâ€™t been in the while, the treacherous T-bar has been replaced with the smooth moving ramp, which although it moved at a snailâ€™s pace, still managed to take out those who werenâ€™t paying attention or got too eager. Children and adults alike often hilariously lined the side of the ramp.

After more than an hour on the Bunny Hill, I was feeling antsy, anxiously wanting to go higher and faster. My anxiety about skiing had quickly turned into cockiness. I decided that I would tackle at least one green before lunch. I went up by myself and went down a run that was labeled â€œEasiest way down to the lodge.â€ Even though Iâ€™m sure it was factually the easiest, it was a huge jump from the Bunny Hill and more than once, I pulled myself over to the side to assess the surprisingly difficult situation I had gotten myself into. At one point, I even stopped a volunteer, asking for them to confirm that I was indeed still on a green run. My terrified eyes likely indicated that I would accept no answer other than, â€œYes, but youâ€™re almost done.â€ Luckily, I was soon at the bottom, even if I cheated and ended up back in the comfort of the Bunny Hill, with my like-minded toddlers and pouty teens. 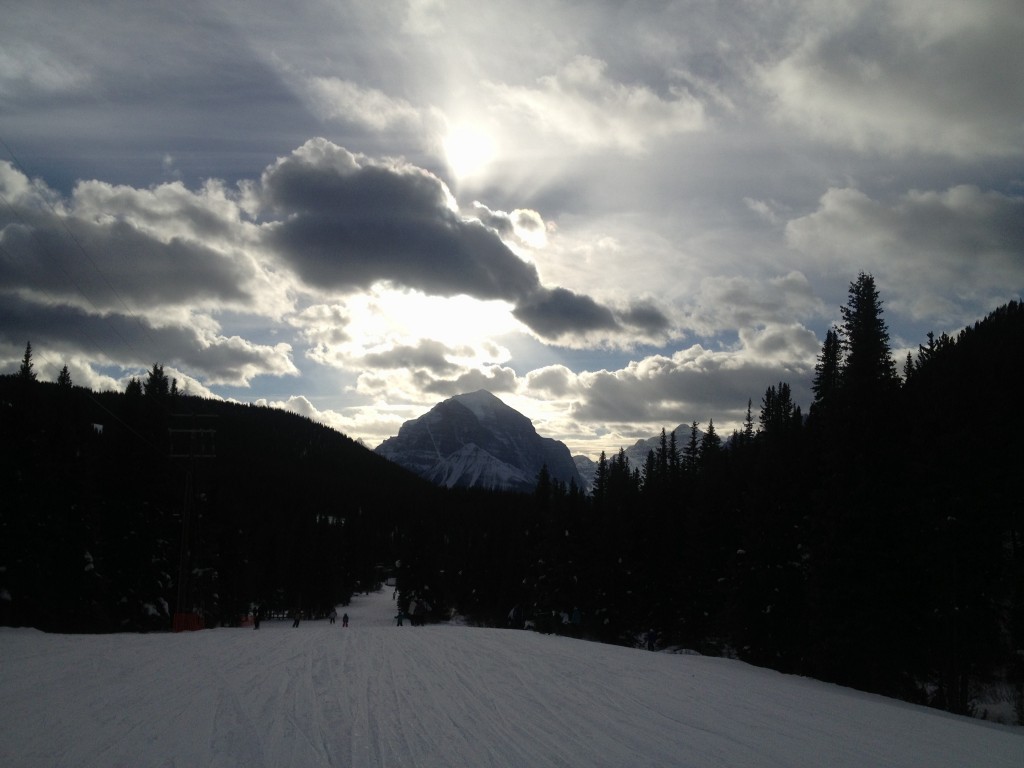 After lunch, we met up with Serge, who was more than eager to take us to the top of the Lake Louise ski hill. Not only, did he take us to the top, he took us over to the other side, to reveal even more runs and stunning views of the Rocky Mountains. Actually, more than once, he reminded us to make sure that we looked around, every now and then, to take it all in. Itâ€™s true, while skiing can be fun, itâ€™s even better when youâ€™re surrounded by the beauty of snow-capped mountains as far as the eye can see. 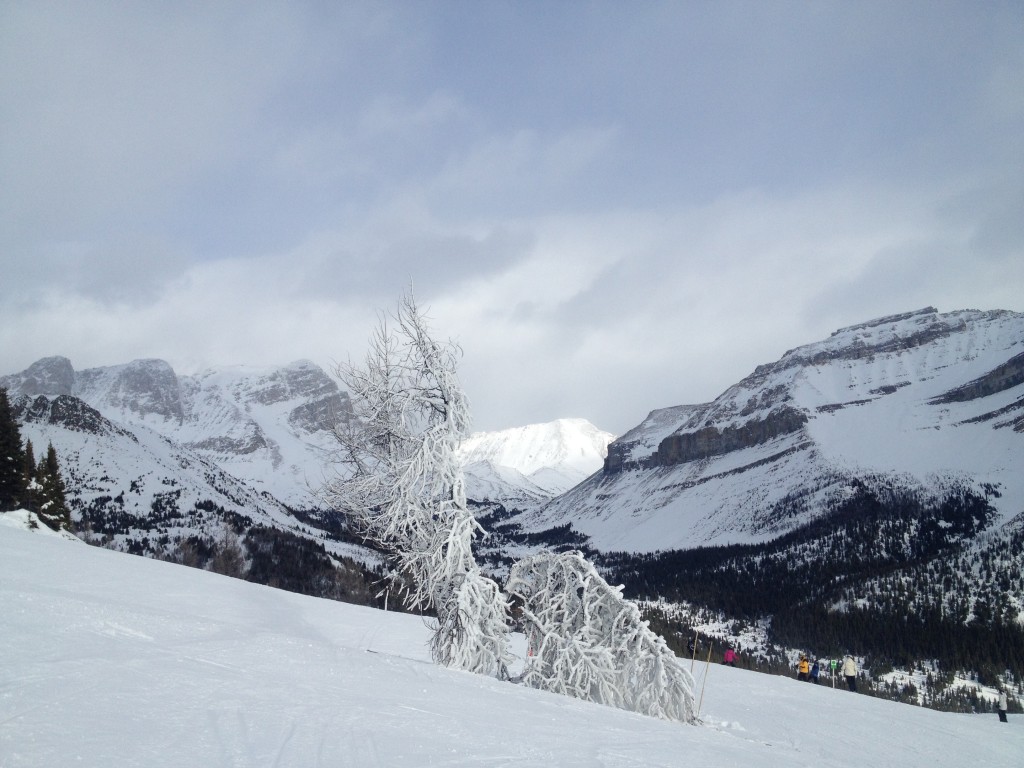 After some falling, stumbling and yes, even a little laughter, we had neared the end of the day. Serge suggested that we take the gondola down, to meet our friends at the lodge, but with a surge of confidence, I asked if I could ski down from the peak. Itâ€™s a lengthy and challenging trek, but one that I was eager to try. (Emphasis on the word â€œtry.â€) He agreed and took me on a personalized trip down the hill. By then, my legs were exhausted, my feet were sore and I so badly wanted to celebrate my day with a cold beer, but the final run would represent my last hurdle that I had to clear. We crossed a few runs, even went through a few trees here and there and as people whipped and zoomed by and around me, I was able to get more and more excited about the whole experience. â€œIâ€™m doing it! Iâ€™m doing it!â€ I kept whispering to myself. 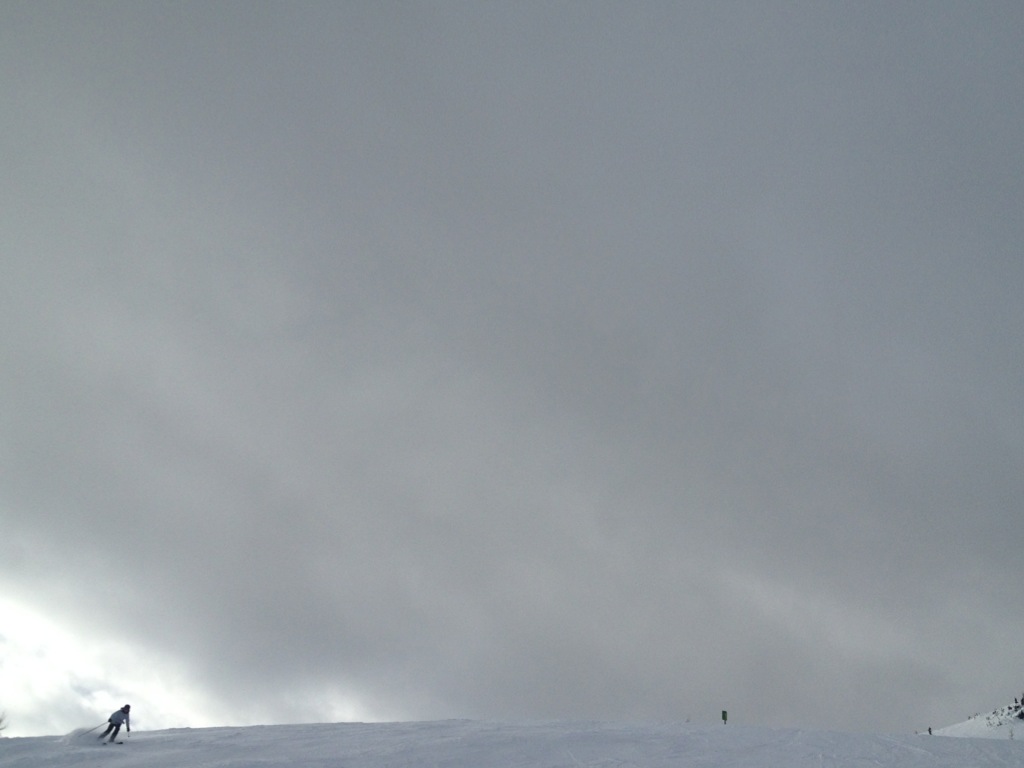 As I was about to make my descent to the lodge, I stopped, (which I donâ€™t recommend doing in the middle of the hill.) I looked down at the hundreds of people making their way down the dozens of runs, then I looked to the peak of the mountain, which was, at this point, shining thanks to the setting sun. I took it all in because, even though I had a handful of valid reasons not to go skiing that day, I had. Actually, while I had only been on the hill for a few hours and I had technically only gone down three runs, it was probably the best I had felt about myself in a long time.

As adults, we tend not to do things that scare us. Weâ€™ve figured out what we like and whether we really admit it or not, we tend not to stray far from that. For me, hitting the slopes was a whole of bunch of things: Scary, stressful and intimidating. But it was also thrilling, challenging and encouraging.

Okay, maybe Iâ€™m taking this skiing thing a little too seriously. Thousands of people go skiing every weekend and donâ€™t likely have moments of self-reflection that they then pour into an essay of a blog post. But maybe they should, maybe theyâ€™ll remember it as fondly as I will. 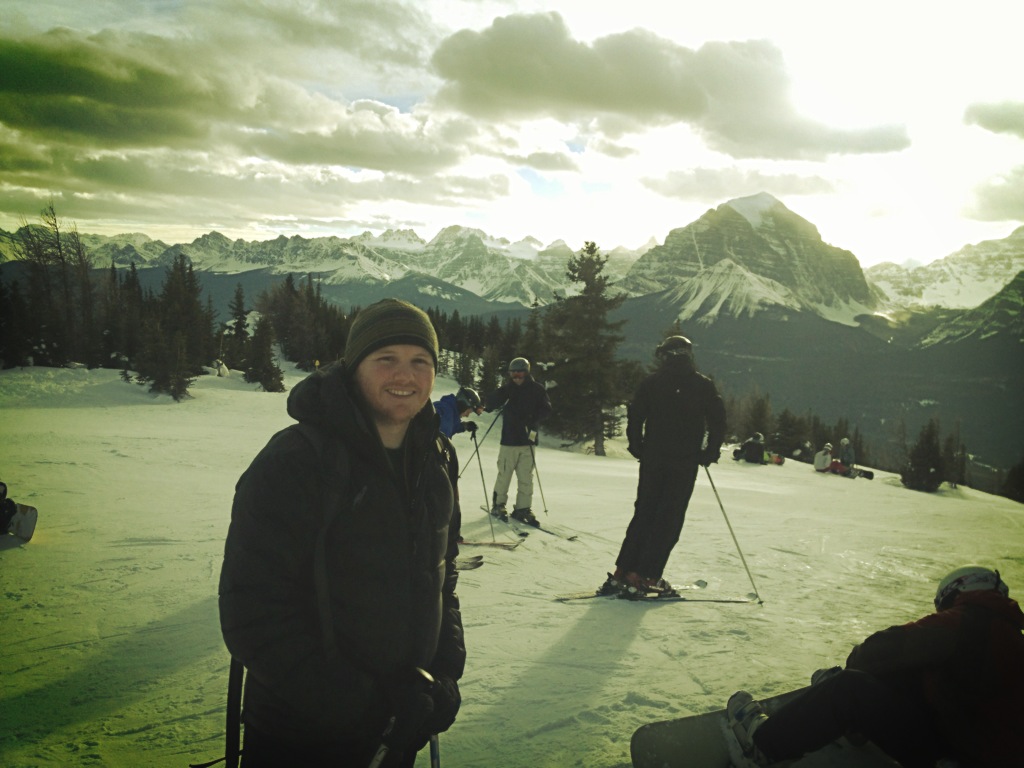