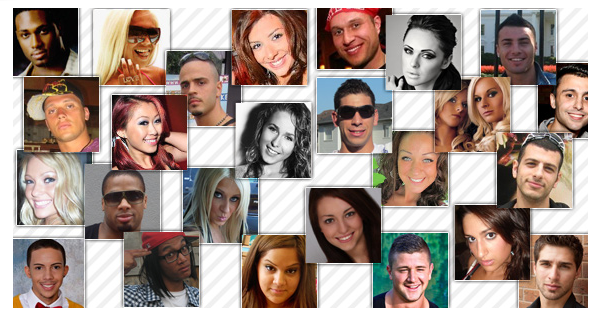 Whether we like it or not, a Canadian version of MTV’s Jersey Shore will soon be hitting the airwaves.Â  Now I’ve actually never seen an episode of JS (true story) but that doesn’t mean I don’t know that is a festering pile of STDs that comes through your TV each and every Thursday night.

But because this is Canada, we are at least getting the choice of which carriers we will be able to watch.Â  The producers have just announced the Top 24 for the new show aptly called LakeShore and now it is up to us to pick which eight contestants will get to have their lives filmed and future non-entertainment related career aspects ruined.

Sure it is lame, it is cheesy. But is is Canadian, so I gotta cover it.Â  Plus if you vote, you should look at it like you are giving eight people incredible media attention.Â  That way, if they start dating your son or daughter, best friend or cousin, you’ll already know all about them and the police will likely already have a file on them.Â  Really, you are just expediating the process.

Some of the finalists in a girl named Kalifornia who flaughts to be original, yet looks like everyone else. Robby Simpson, Mark Sybydlo and Manuael Deon look like your father’s worst nightmare.Â  So if that is your cup of tea, you could vote for them. The cast-geek Vonny will definitely be getting in.Â  The site has been promoting him since the start. Obviously having never owned a TV, Karolina Czaja this she can use the show to promote her career and her love of the Arts. There are even twins Easton and Dana who promise double the trouble.Â  I’m assuming they mean in the judical system.

Voting closes on September 3rd.Â  Do you part Canada, do your part.
Let’s just cross our legs and hope that none of these guys become terrorists!