Kelly Oxford is cooler than me!

Untitled from kelly oxford on Vimeo.

That title easily belongs to the one and only Kelly Oxford. The stay at home mom has become at internet sensation by beingâ€¦well,Â  herself. 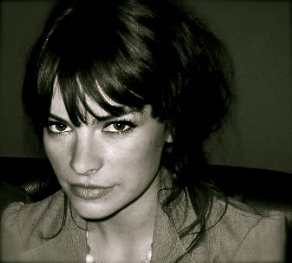 Her list of accomplishments is impressive:
-Blogging since 1997. (What the hell even existed back then?)
-Mother of three (Salinger, 9; Henry, 7; and Beatrix, 2)
-120,000 Twitter followers.
-A book deal with Harper Collins.
-A CBS pilot deal, to be executive-produced by Jessica Alba.
-Named by Time Magazine as one the worldâ€™s best twitter feeds to follow.

All of this culminates into a really great interview with Carson Daly, which is impressive because itâ€™s Carson Daly afterall. Iâ€™m hoping you watch the interview and feel a little bit inspired, I know I did.

By the sounds of it, it looks like Oxford might be in LA to stay. So we all know what that means: The title of Calgaryâ€™s (self-declared) coolest blogger may soon be up for grabs!