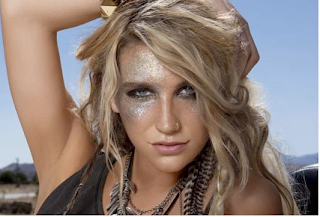 How many times have you listened to Ke$ha’s Tik Tok today?

Be honest.
5 times?
12?
27?
Okay fine, you won’t admit to it. But somebody in Canada is listening to the singer because she is destroying the Itunes sales chart! Even though her name is super annoying to type, she set the record for the biggest track sales week by any artist in Canadian SoundScan history when her debut single â€œTiK ToKâ€ received 36,395 downloads last week. Additionally, Ke$ha, who co-wrote â€œTiK ToKâ€ along with the rest of her debut album Animal, has the unique distinction of being featured on the #2 selling track of all time as well, Flo Rida’s â€œRight Round.â€ In the U.S. Ke$ha had the biggest track sales week by any female artist in history (and #2 overall) with 610,069 downloads of â€œTiK ToK.â€
So is Ke$sha like the new Nickelback? Will anyone admit to owning or listening to “Tik Tok?” Still no? Fine. I’ll admit it then. I’ve listened to the song 5 times already today. It is only 10am in Calgary.
Phew. I feel much better.