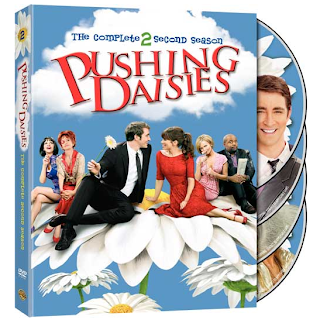 Okay, so I tried to save Pushing Daisies. I tried so very hard. But no one would listen to me and ABC pulled the show before airing the show’s final three episodes. This action left loyal viewers like me, sadder than the opening act for the Jonas Brothers.

But luckily we live in an age of TV shows on DVD and today Warner Brothers announced that they would finally be releasing the series, with the final three episodes, on DVD in July on July 21st.

What a great week for television!

Oh wait, never mind, I Get That a Lot premieres tonight.