With the last name Cassidy, you’d think that Katie Cassidy would have it easy. After all, David Cassidy, Shaun Cassidy and Jack Cassidy are related to her. Acting is quite literally in her blood. But rather than soak up what could be easy ride to TMZ-stardom, Katie has been working hard and building up a steady stream of CW-friendly work, including Melrose Place, Supernatural, Gossip Girl and currently, she stars as Laurel Lance on Arrow.

The starlette will no doubt be a big attraction at this week’s Calgary Expo, where fans will be able to meet, chat and take photos. But, as you’ll read in this interview, just don’t stare. She she’s you and wants you to say hello.

I know youâ€™re probably over it, but Iâ€™m still sad about the Melrose Place reboot being canceled.
Katie: (Laughs) Are you like the only person who watched it!

I donâ€™t even know why, I didnâ€™t even watch the first series, but I was obsessed with the reboot.
Katie: Thatâ€™s really sweet of you. Iâ€™m glad you watched it. I donâ€™t know anybody else who did.Â  It was a really good learning experience. It was the first time I was a lead on the TV show, so I definitely learned what it would be like. It was a lot of work.

Okay, on to current projects. A show like Arrow has a built in audience before the first scene was event shot.Â  Did that make you nervous?
Katie: It was a bit nerve-wracking. You donâ€™t want to disappoint the fans. Obviously Arrow has a huge following and you donâ€™t want to upset that. But I think we do a nice job of creating our own world.

Did you read the comics for preparation?
Katie: No, I was more of a Nintendo geek.Â  I always liked Mortal Kombat. The script is very graphic and very real. They didnâ€™t want it to be â€œsuperhero-ish.â€ And I felt like my character is what anchored it. In preparation for shooting, I created backstories for each character based on the information given to me on the script.Â Â  In the comic, she turns into the Black Canary, so if that were to happen, Iâ€™ll definitely get more into the comic books and learn more about that character.

Thatâ€™s really interesting that you build your own backstories for the characters. Do you ever share those notes with the writers?
Katie: I usually donâ€™t, but itâ€™s come up in conversation.Â  They know how I work and every one has their own way they work and itâ€™s just the way I was trained. Sometimes what theyâ€™ve written contradicts what Iâ€™ve written in my backstories and Iâ€™ll just change it. It keeps me on track. I have shared some ideas with them and I feel like theyâ€™ve definitely used them.

Despite being a TV and movie star, you seem to have avoided the TMZ spotlight.
Katie: Â To be honest with you, I love what I do more than anything and I donâ€™t need to be in the spotlight.Â  As long as I get to do what I love, thatâ€™s all I care about. Acting for me as always been such a passion. I don’t need to be front and centre. 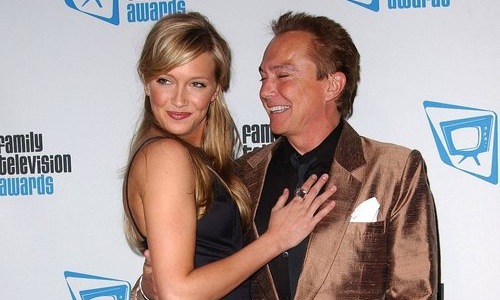 Some kids who have famous parents seem to get in trouble more than others. But you seem to have avoided that path.
Katie: Â I was born and raised in Los Angeles, but I grew up with my mom and step-dad, I wasnâ€™t with my biological father, so I wasnâ€™t in the â€œHollywoodâ€ world. I had never been to Hollywood before I started working, so I didnâ€™t really grow up around it.Â Â  I had a very normal childhood and I really appreciate my mother for that. I think a lot of people come to L.A looking for fame and stardom and thatâ€™s when you get lost. If your family is not there to ground you, Iâ€™m so lucky. Itâ€™s my home base and I donâ€™t really get caught up in the craziness.

The Calgary Expo is all about the fans meeting their favourite stars, whatâ€™s your experience with fans when youâ€™re out and about?
Katie: Â Itâ€™s interesting, some people will come up and say that theyâ€™re fans and want a photo or autograph, which Iâ€™m more than happy to do. The one thing that I think that gets weird is when people donâ€™t say anything, but they clearly recognize me and they just kinda stare. I want to tell them that Iâ€™m a normal person, you can come and say hi.

It must feel good to have interactions with fans?
Katie: Â For sure. Iâ€™ve worked really hard, so itâ€™s nice when people say they like something that Iâ€™m working on.Â  All I want to do in life is entertain people and itâ€™s nice to know that my work is doing that.

Katie Cassidy will be appearing at the 2014 Calgary Expo.Â