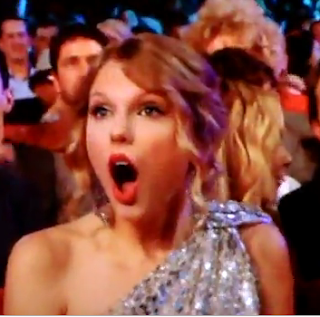 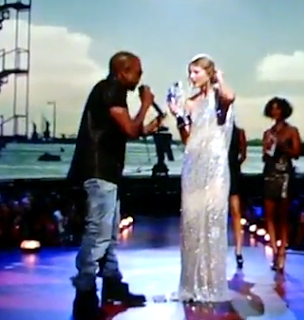 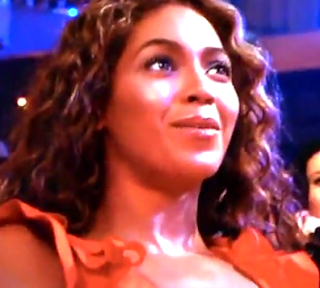 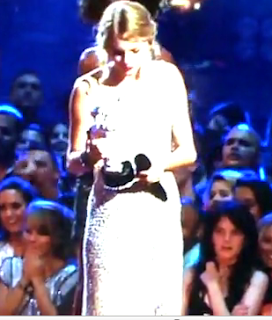 Unless you got a thick skin, don’t even think about watching Kanye West diss Taylor Swift at the VMAs. It is heartbreaking. The show is still going on, but hopefully she’ll get a chance to finish her speech.

I also just remembered that Kanye West is announcing a tour with Lady Gaga monday morning, what’s the chances he did all of this, just so we’d start talking about him again. Dammit, I hate falling for a publicists tricks.

Kanye is also booked for the first episode of The Jay Leno show. It’s all making sense now…

Later on in the night, Kanye took to his blog to apologize: 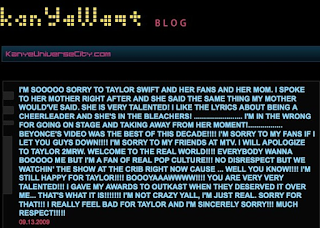 Regardless of who he thought should win, the point remains, he only did it because he knew Taylor would just sit their and take it. Little does he know, Swift also writes songs about the all the guys that wrong her. You’ll get yours Kanye.

UPDATE: Even fellow nominee, Kelly Clarkson is weighing in on Kanye’s actions. Check out what she just posted to her blog. Although, you should know, that I really don’t think she would write like this. I wouldn’t be surprised if it was a hacker and it will probably be pulled down sooner, rather than later.
“Dear Kanye, What happened to you as a child?? Did you not get hugged enough?? Something must have happened to make you this way and I think weâ€™re all just curious as to what would make a grown man go on national television and make a talented artist, let alone teenager, feel like shit. I mean, Iâ€™ve seen you do some pretty shitty things, but you just keep amazing me with your tactless, asshole ways. Itâ€™s absolutely fascinating how much I donâ€™t like you. I like everyone. I even like my asshole ex that cheated on me over youâ€¦which is pretty odd since I donâ€™t even personally know you.
The best part of this evening is that you werenâ€™t even up for THIS award and yet you still have a problem with the outcome. Is winning a moon man that much of a life goal?? You can have mine if it will shut you up. Is it that important, really??
I was actually nominated in the same category that Taylor won and I was excited for herâ€¦so why canâ€™t you be?? Iâ€™m not even mad at you for being an assholeâ€¦I just pity you because youâ€™re a sad human being. On a side note, Beyonce has always been a class act and proved again tonight that she still is. Go TEXAS!! Taylor Swift, you outsell him â€¦.thatâ€™s why heâ€™s bitter. You know I love your work! Keep it up girl!”