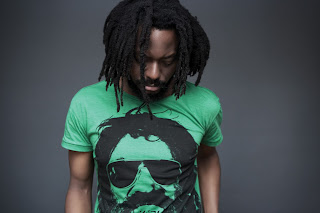 K-Os has just announced that he won’t be making any more albums.

Hold on, don’t start crying just yet.
In a recent interview with MuchMusic, the popular Canadian artist said that he will just be releasing singles for the time being.
â€œâ€¦I’m not going to make any more albums… I think we’re just going to drop singles for a couple years and see what happens. If those singles are successful, maybe put out a compilation of the ones that people like and call it an album, like what Elvis and The Beatles did.â€
I actually think this might be a really great idea. Especially for artists who are probably never going to sell hundreds of thousands of copies a week. They can invest their money different and into just singles, that way they probably can produce a better quality single and in the long run, make more money from it.
This business plan seems to be working for Toronto’s Drake, who has had a couple of singles and got to perform at the Grammy’s and still doesn’t have an album.
I think K-Os might be on to something.
drake