Junos: The Photo Essay (so far)

Okay me and the Junos are having a little bit of a fight right now.

I’ve just spent my second day trying to get my bald head to St. John’s to celebrate the best of Canadian music and Justin Bieber. Today we actually got close, we flew to St. John’s but then the made us turn around. Apparantly, this is the worst fog they’ve seen in years. Now most people are about to spend their second night in Halifax. In the last couple hours I’ve seen Alexis on Fire, Metric and Jully Black all hanging out in the airport trying to make the best of it!

I spoke with Black and she was super positive. She says we are going to get there and she is so uppity about it, you kinda have to believe her.

Dallas Green from Alexis on Fire said they are thinking about doing another show here tonight. I’ll keep you on the loop on Twitter if that happens.

All we know is that there are a LOT of people who still haven’t made it to the Junos. Westjet has been absolutely awesome, but they are saying we probably won’t make it until at least tomorrow night.

Since I have nothing else to report on, I thought now would be a great time for a little photo essay:

We started the day off by flying what has to be the biggest plane on earth. Seriously, it is bigger than Cape Breton: 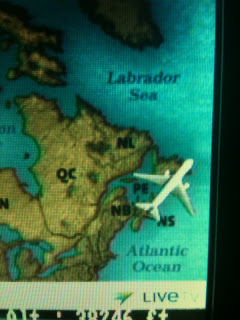 Then Canada AM thought they should rub it in our faces by showing us who actually did make it to St. John’s. 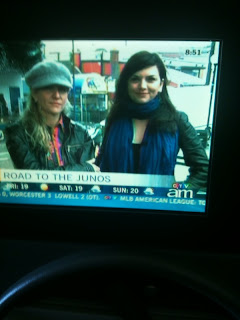 Even though the pilot tried really, really hard. We just couldn’t do it. So we took our gigantic plane back to Halifax for the second night. 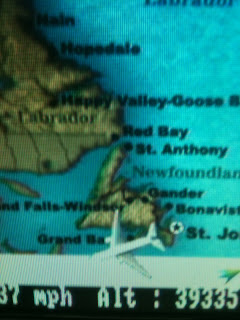 Seriously, look how big our plane is? How did they even build it?. 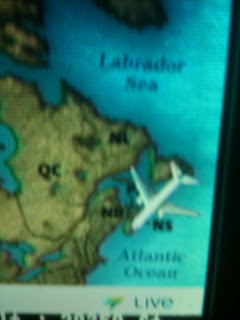 At least I got to see Jully Black right?! 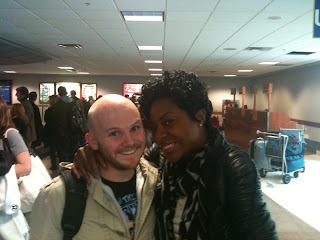