Junos Sneak Peak: The Good, The Awkward and The Bieber!

Well tonight’s the night!Â  The 40th Annual Junos are finally here!Â  This year’s Junos certainly brought out the star power. Neil Young won an award last night and is rumored to be performing tonight.Â  Shania Twain will be returning to Canadian TV for the first time in who knows how long and not to mention the host, who is easily the hottest export not named Justin Bieber in the world right now: Drake.

(Rumour: The Biebs will be making a video appearance tonight.)

I’m going to be honest, I’ve found it a little strange that Drake hasn’t been around this weekend as much as I would have expected him to be.Â  Maybe he’s visiting his old Degrassi friends?Â  Even though he lost out to Shad for Rap Album of the Year, I have faith that is going to do a really great job. Anytime I’ve seen him interviews, he always seems really professional and given the fact that we are on his home territory, his comfort level has to be pretty high!

While he’s been hard to track down, RapCity’s Tyrone â€œT-RexXxâ€ Edward got the chance to chat with him and while he’s a little subdued, he does sound ready:

Now on to the awkward part: 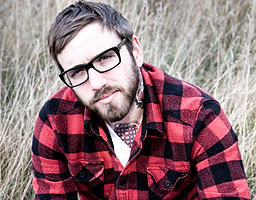 While I think Drake is going do an awesome job on the show, there is one part of the two and a half hour long show that I have to warn you about. The name sorta speaks for itself, during the awards there will be a special musical montage entitled: â€œLove Letter to Toronto.â€ Right. Cause this city has self-esteem issues? I don’t think so. It’s not that the roster of talent involved won’t be great: City and Colour, Sarah Harmer, Serena Ryder, Justin Rutledge, Sarah Slean and Jim Cuddy, I’m just not sure how much the rest of Canadian is going to care about Toronto musically masturbating for ten minutes during the broadcast. Especially since the last three cities haven’t done anything like that, I get that it is the 40th anniversary, but I guarentee you, Twitterers across the country are going to destroy it.

I’ll be live-blogging from the red carpet and backstage.Â  Check back often!