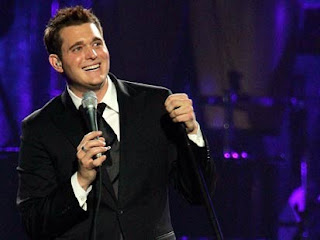 The Junos, which are one of my favorite Canadian Award shows, just announced their nominees for this year.

I’m still digesting all the nominations for the April 18th broadcast, but here are my snap judgments on many of them:
Nickelback: Rock Album of The Year, Fan Choice: They only picked up two nominations? That’s really surprising. After years of dominating the sales-based awards, I was beginning to think they were also running them. They didn’t even pick up Group of the Year. Is Nickelback finally on a decline? Please?
Carly Rae Jepsen: Can you imagine anything more pleasant than seeing Carly Rae Jepsen‘s smile, when she finds out that she’s been nominated for New Artist of The Year and Songwriter of The Year?
Michael BublÃ© cleaned up the nominations. I’m trying to count how many he actually got and I keep losing track. It is either 6 or 34. Definitely one of the two. (Or neither.) This is going to be BublÃ©’s night. Some of his nominations include: Fan Choice, Single of the Year, Album of The Year, Artist of The Year and Songwriter of the Year.
My mom will be trying to sneak into my suitcase in an effort to meet Johnny Reid. He is nominated in three different categories: Fan Choice, Album of The Year, Artist of the Year and Country Album of The Year.
Drake picked up four nominations. This is really impressive considering he has never even released an album! The former Degrassi star is nominated for Single of the Year, New Artist of the Year and double nomination for Rap Recording of the Year. Again people, he has never released an album. Impressive.
Hipsters all across this country will be furious that Metric picked up three nominations. They’ll some how deem this as selling out and will wear even tighter jeans as a form of protest.
For a complete rundown of all the nominees, click here.
drake