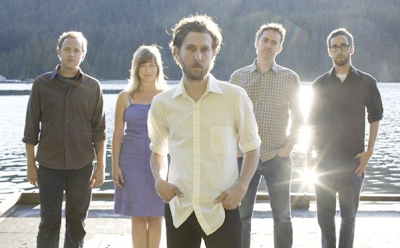 We are only a couple of weeks away from this year’s Juno Awards. If you haven’t heard, the annual celebration of Canadian music will be taking place in St. John’s, Newfoundland during the third week of April!

Mike’s Bloggity Blog will of course be there and so will a TON of actual legitimate Canadian talent!
They’ve just released some of the bands that will be playing during the five day party and I’m honestly going to have a hard time deciding which shows to check out. Here are some of the bands already signed up to perform during Juno Fest:
Alex Cuba, Arkells, Bahamas, Carolyn Mark & NQ Arbuckle, Great Lake Swimmers, Julie Doiron, Jully Black, Romi Mayes, Sultans of String, The Road Hammers, Treasa Levasseur and Wayne Lavallee.
The best part of the Juno’s every year is the Songwriter’s Circle. And this year’s line up is a doozy. That’s right, I said doozy. Some of the singer/songwriters who will be talking about their music are: Amelia Curran, Bahamas, Jarvis Church, Lights, Michael Kaeshammer and Terri Clark.
(Side note: Where the heck is the love for Carly Rae Jepsen? She is nominated for Songwriter of the Year after all?)
Only 23 more sleeps!!
(picture: great lake swimmers)
great lake swimmers