Jon and Kate plus um… a daughter?

>So remember when everyone was all like, “OMG! That guy from TLC with all the kids is dating a 23-year old teacher!” And then you said, “who?” And then they had to explain that he and his wife are famous for having eight children and parading them on national television for some reason, and you remembered and then wanted to go cry somewhere because of the utter horrible nature of the culture in which you live? Yeah. That guy. 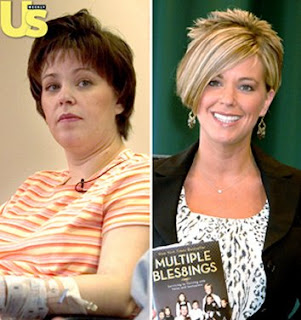 It’s like a black hole of terrible relationships, and we’re dangerously close to the spinning central vortex.

Thankfully, TLC has learned its lesson. I doubt they’ll ever air anything like Jon and Kate again. It’s just too hard on the kids, y’know? Oh, hang on a second…